The Pegs Module manages and enforces the rate of exchange between any Bitcoin protocol-based cryptocurrency and a stablecoin built on a Komodo Smart Chain... 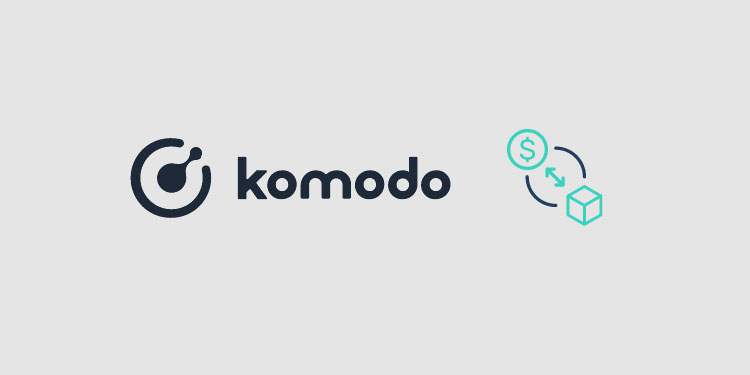 Komodo, a multi-chain architecture project that lets users build their own customizable, sovereign, and independent blockchains or “Smart Chains” today announced the rollout of new features that allow for the creation of stablecoins collateralized with Bitcoin protocol-based cryptocurrencies.

As part of Komodo’s Antara Framework, users can create their own blockchain, notarize it to the Bitcoin network for security, and customize it through a series of optional modules. Using the newly unveiled “Prices” and “Pegs” Antara Modules, Komodo Smart Chains will now offer the creation of stablecoins, or cryptocurrencies that are tied to the price of external assets like the USD or stocks.

The Prices Module serves the primary function of watching the price of an external asset, providing data to a Komodo Smart Chain for blockchain-based enforcement. The module can request and record data about current exchange rates associated with these APIs’ resources, then transform that data into meta-data that is housed on a Komodo Smart Chain. This allows other Antara Modules, such as Pegs, to enforce blockchain activity based on the meta-data.

Using a collateralized debt/loan system, Pegs allow users of a Smart Chain to transfer the value of a cryptocurrency such as Bitcoin itself, or Komodo’s own KMD, into a stablecoin that is governed by the Smart Chain’s decentralized network. Users can lock Bitcoin-protocol based funds to the Pegs Module, which then allows them to withdraw up to 90% of the fund’s worth in stablecoins, which they can then exchange for other assets with other users on the stablecoin network.

An average user does not need to lock their funds to the Pegs Module to use a stablecoin. Instead, these types of users can acquire the stablecoins through purchasing them outright from other users on the stablecoin network. This could be accomplished by executing an atomic swap, just as you would between any other two digital assets. All stablecoins based on a Komodo Smart Chain will have the option to easily list the asset on AtomicDEX.

If the value of the deposited Bitcoin protocol-based cryptocurrency increases in value relative to the stablecoin, the depositing users have the option to withdraw additional stablecoins. Alternatively, if the value of the backing cryptocurrency decreases relative to the stablecoin, depositing users have the option to deposit more assets or to return some of the stablecoins they withdrew, in order to keep the value of their loan below the 80 percent threshold. If the user allows their level of debt to surpass the 80 percent threshold, the Pegs Module allows other users to step in and purchase the user’s outstanding debt. Depending on the circumstances, the purchasing users can acquire this debt at an immediate profit. All of the indebted user’s locked funds are liquidated in these events.