How Does A Bitcoin Wallet Work? 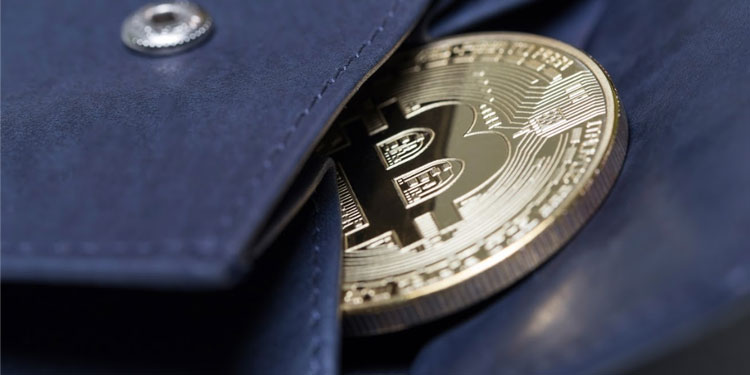 You have probably heard of Bitcoin before, one of the most popular types of cryptocurrency. Simply put, this is a digital currency stored in the form of a computer file. There are many ways to use Bitcoins, including purchasing goods online. In fact, some countries have already banned them altogether.

Since Bitcoin is completely virtual such that you can only access it via your digital wallet. So, what’s a Bitcoin wallet, and how does it work?  This article aims to enlighten you on this subject. Read on to find out more about this technological advancement in the world of economics.

What Is A Bitcoin Wallet?

In simple terms, this wallet allows you access to your Bitcoins. Technically, the money is not stored in here. Instead, this virtual storage holds two keys (private and public), which you can use to access your Bitcoins. These keys are also the main part of any Bitcoin transactions whose records are stored in the blockchain. Although web wallets are the most popular, you can also have a hardware, paper, or a Bitcoin wallet for android.

How A Bitcoin Wallet Works

Although Bitcoin wallets can be referred to as storage apps or software, Bitcoins are technically not stored in them. If you have a balance in your wallet, what is reflected in your account is basically the value of Bitcoins you can still transact globally. Below, take a look at how these e-wallets work.

Creating a Bitcoin wallet is more like opening a bank account. This is where all your transactions will take place, and you’ll also need it to access your funds. Well, the difference comes in how the two are created. For a bank account, you’re usually expected to fill in your personal details like name, address, and such. However, these are not necessary for a crypto wallet.

Coming up with a Bitcoin wallet involves the generation of two keys—public and private. The process used here is called asymmetric encryption, where one part can be derived from the other, but the reverse is not possible. For instance, once you have your two keys, the public key can be derived from the private key. However, with your public key, you can’t derive the private key. As such, it’s important that the latter is kept safe from prying eyes to avoid losing your money.

Of course, you can generate as many wallets as you wish, provided you make sure everything is kept safe. There are many ways to create a Bitcoin wallet, ranging from web, mobile, to hardware form. The public key acts as your address (like a bank account number), while the private key is your proof of ownership.

Receiving Bitcoins in your wallet is similar to traditional bank transactions. The sender will be given a recipient address to which they’ll send the Bitcoins. Unlike bank accounts, you can conceal the identity of your e-wallet. This is done by generating several wallet addresses using the public key. They are, then, given to the parties sending the Bitcoins. As such, one Bitcoin wallet can have multiple receiving addresses, but the money will still land in the same destination.

A Bitcoin address is usually an alphanumeric line that either starts with 1 or 3. As earlier stated, Bitcoins exist in the blockchain, which is a list of transaction records maintained in a network of computers. This list comprises of Bitcoin addresses mapped with all anonymous or known senders and recipients.

Sending and receiving Bitcoins are the main reason why you need an e-wallet. But, how do you send the virtual money?  Well, you’ll need the recipient’s address, similar to the one you give to the sender if you want to receive Bitcoins in your wallet. Paste this address or scan its QR code whenever you are ready to send. You can also do the same if you’re moving Bitcoins between your own e-wallets.

You might be wondering what comes next if you happen to lose your e-wallet credentials. Well, this is a possibility, and it could happen to anyone. Most wallets generate a third key on top of the public and private keys—it’s called a backup key. It usually comes in the form of a mnemonic or a phrase key. As such, you can use it to access your account when you forget your password.

So, what’s a mnemonic phrase?  As the name suggests, it’s a string or a group of words that help you remember whatever you need to recover your Bitcoins. It’s usually a group of up to 24 words that are generated when creating your e-wallet.

However, despite being easy to read and memorize, one can also forget it after a long period. Therefore, even if you have it stored somewhere, it’s dangerous to rely on it alone. This is where mnemonic passphrases come into play. They basically act as two-factor authentication for your wallet. You’re always prompted to input a password (passphrase) to secure your mnemonic or backup phrase.

As you can see, your e-wallets are very secure and are not easily accessible by a third party. However, the main disadvantage is that if you lose your passphrase or mnemonic phrase, you will permanently lose your Bitcoins. So, you need to be careful with these credentials; if possible, note them somewhere safe.

A Bitcoin wallet is similar to your traditional bank account, but somewhat complicated when it comes to its operation. It doesn’t store the Bitcoins in a traditional sense. On the contrary, it holds two very important keys (public and private) that are required when accessing your Bitcoins and during transactions.

So, in essence, all you have in your e-wallet is access to a given value of Bitcoins in the blockchain. The public key is used to generate a Bitcoin wallet address, which is, then, used by the sender when moving Bitcoins. It’s worth noting that one wallet can have many receiving addresses, but the Bitcoins will still end up in one place. A private key, on the other hand, is like a password that grants you access to your Bitcoins. A backup key also does the same whenever you lose your initial password.