Sintras, Sintra Fortes, and Gaias models equipped with printers may now provide paper receipts with each transaction, detailing all aspects of the customer’s purchase, along with customized operator contact information. Operators are able to add their company’s name, website, phone number, email address, and registration number where applicable. 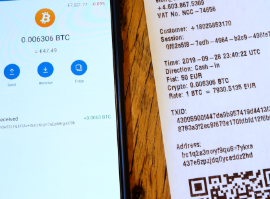 In Lamassu’s previous software release, the team introduced customized crypto-address blacklists. In this release, this feature has been extended with optional automatic blacklisting.

With this feature enabled, if an address has already been used by anyone at an operator’s network of ATMs, a customer attempting to scan the same address is presented with a screen prompting them to generate a fresh one.

This feature offers some key benefits. For the customer, it encourages them to use unique addresses, increasing their privacy. For the operator, it helps them be more compliant by avoiding blatant workarounds of minimum compliance thresholds by the same customer. Further, should scammers attempt to reuse an address or have a victim place multiple transactions, they will be blocked. 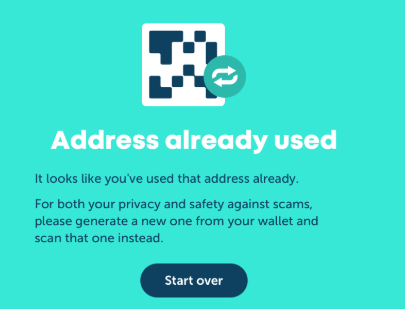 The new software fixes previous issues with dropped transactions and dispensing cash errors. Further, the touch screen on the ATM is now more responsive making the experience much smoother.

To learn more about this latest software release, check out Lamassu’s release notes.

“We’re hard at work on our next release, Electric Enlil v7.5. In it, we’re overhauling and expanding the operator admin in a redesign that is both elegant and powerful, bringing each piece of information to you in visual form. Its initial release will introduce our new rule-based system for compliance, allowing fine-grained controls across a dimension of triggers and thresholds. The rewrite will deploy the architecture for following feature additions, such as analytics, in-admin alerts, detailed customer profiles, machine status pages and more.”
– The Lamassu Team

Lamassu, creators of a line of Bitcoin ATM machines including open-source admin software, announced over the weekend the launch of its newest bitcoin/cryptomat ATM model, the Tejo. The machine is designed with a compact...

Lamassu, creators of a suite of bitcoin ATMs, has announced its most exciting upgrade to date for operators of its machines. Several years in the making, the Lamassu team has completely overhauled and redesigned...

Lamassu, the creator of bitcoin and cryptocurrency automated teller machines (ATMs) has announced the release of Crafty Chnemu v7.3, the latest software version available now for all of their machines. Crafty Chnemu v7.3 debuts a...