The team of Nxt blockchain platform, have announced that due to the wide usage now of the official Nxt light client feature and the Jelurida public node, combined with the lack of manpower for development and support and no clear path to profitability, the myNXT web wallet will be closed to new user registrations and will be phased out by the end of 2017.

Users will be able to operate the myNXT wallet normally until November 30th, 2017, and will be able to export their Nxt accounts in the web wallet until December 31, 2017.

So if a user still holds NXT, assets or cryptocurrencies in their myNXT wallet accounts, action must be taken before December 31st, any contents in accounts that have not been exported by the end of the year will be lost.

Below is a screenshot of the updated Nxt lite client, which is more useful than the outdated myNXT web wallet. 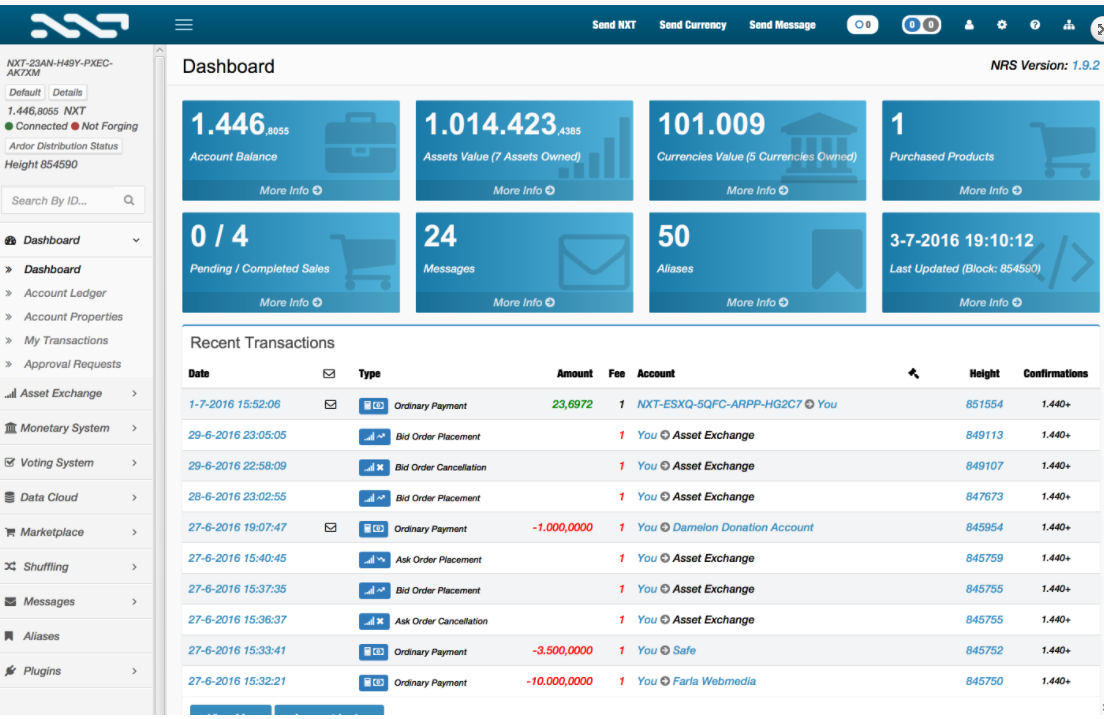 NXT is a blockchain platform that builds on the functionality of the first wave of pioneering cryptocurrencies like Bitcoin. The Nxt platform includes many core-level features, such as a Decentralized Asset Exchange, Marketplace, and Voting system, etc.

Blockchain technology company Jelurida, has announced that Coalculus, a blockchain platform for financial services and licensed partners of Jelurida has now launched its mainnet. The core developers of Coalculus are those of fellow Jelurida...

Jelurida, the development company behind the Nxt and Ardor blockchain platforms today announced its second round out of five for the IGNIS crowdsale. Ignis will become the first child chain of the Ardor platform, an...