Twenty Thirty, a Swiss blockchain company today announced the Pillar project, which will raise money through a token sale on Saturday, July 15th, 2017, to create a next-generation wallet that will hold user assets and become a personal digital assistant powered for all devices.
The Pillar project will start as an open-source digital wallet to hold all your assets – your health records, financial records, money, ownership of things, resume, and much more. All the ownership will be on various blockchains, with users holding the password, replacing all the accounts they have today. Then, the personal assistant will help find what users are looking for and interact with many digital services automatically. As users travel, buy things, eat, consume media, use services – the personal data locker will pay the way as you go, without having to log into hundreds of apps.


The Pillar project is the creation of David Siegel, whose 2010 book, Pull (Penguin), described a future with no apps and with the personal data locker at the center of life, he said:

“Look at it this way, there are a lot of platforms now, and those platforms mostly belong to companies. But what if you had your own secure personal platform? What if you had a digital assistant that did everything for you without having to go to each app, log in, and work within that silo? And what if no company owned that platform?”
“The Pillar wallet manages all those tokens for you ‘automagically,’ so you only see and deal with pillars, even though there could be hundreds of tokens underneath. By launching a meta-token, we’re telling consumers they will have a single interface into their digital lives.”
“We’re starting with a wallet, but we’re aiming for iOS and Android. Look at your phone – all your apps are miniature desktop apps that trap your data and keep your credit-card number on their servers. The apps don’t talk to each other, so when you want to do something, you end up using several apps.”
“The Pillar system has no apps. It uses tokens, smart contracts, and a growing ecosystem of online services that let you pull the information you want, find what you’re looking for, buy what you need, manage the ownership, and interact with hundreds of other systems easily.”
“Walk into a new doctor’s office – all the paperwork, test results, prescriptions, billing, and insurance are taken care of automatically, without filling out any forms. We envision all consumer devices and wearables being powered by the Pillar wallet.”
“Because the data is decentralized and stored in secure blockchains, it is of little interest to hackers, providing high-level security.”

The Pillar system will use its own native utility token, called the pillar (symbol: PLR). The pillar is a meta-token. As Siegel says, “The current Token Sale craze means that tokens are going to be everywhere, used for everything from identity to energy to coffee to golf.”
Entrepreneur Richard D Titus, a USA-based adviser said:

“Pillar will be the new platform for digital natives. It’s open-source, and it replaces the Apple, Google, Microsoft, and Facebook domination of our devices. This is a world changer.”

Pillar is staffed by a group of over 30 global volunteers, who are part of the Twenty Thirty blockchain community. As well as David Siegel, the founders include Tomer Sofinzon from Israel, Yogesh Gaikwad from India and Vitor Py from Brazil. Advisors to the project include USA-based Doc Searls, Kirt McMaster, Phil Windley and Kaliya Hamlin plus Efi Pylarinou, from Switzerland, and UK-based Anish Mohammed and Thomas Power. 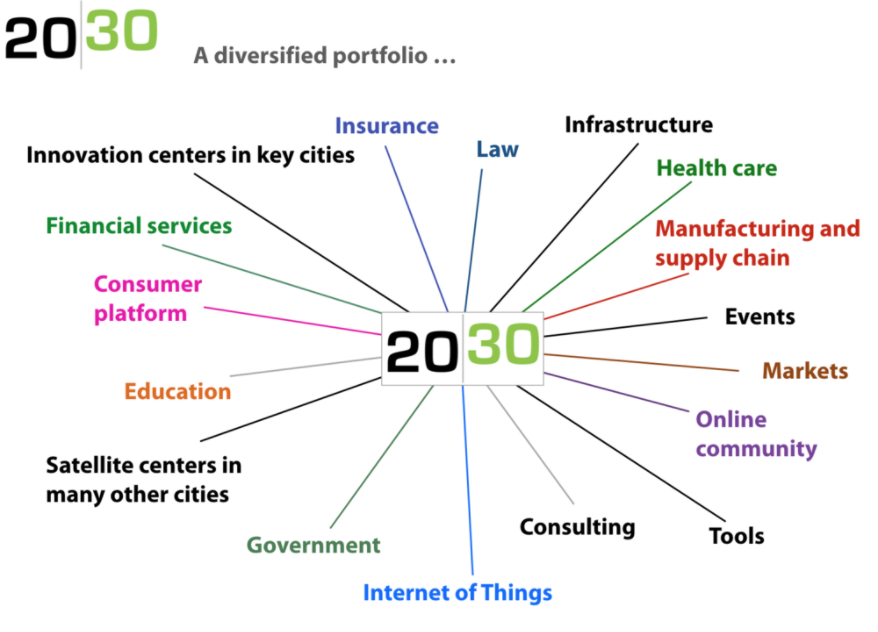 After ICO and new bitcoin exchange regulation have been commented on during the past months by individual members of the South Korean regulator for the investment industry, the Financial Services Commission (FSC), earlier today they...

Equibit Group, the creator of the Equibit blockchain and blockchain applications for the global securities industry, has unveiled its first look at Portfolio, its new digital wallet for the Equibit system. Portfolio will be...

Bittrex, one of the leading cryptocurrency and blockchain asset exchanges has in response to the SEC report on ICOs as securities stated they're proud to operate in the growing digital asset ecosystem and recognize...