Digital asset hardware wallet provider Ledger has announced recently that due to high demand the company has provided Ripple (XRP) support on all Nano S and Blue units.

With the addition of XRP, Ledger’s hardware wallets are now supporting 10 cryptocurrencies: Bitcoin, Ethereum, Ethereum Classic, Dogecoin, Litecoin, Zcash, Dash, Stratis, and Komodo. All ERC20 tokens (REP, GNO…) are also supported as well through the myetherwallet.com integration. If you do not have yet a Nano S or a Blue, you can order one at the online Ledger shop.

To add XRP support on a Ledger hardware wallet, launch the Ledger Manager and install the XRP app on the device (as the maximum number of apps is limited by memory constraints, users may have to uninstall first another app). Users also must make sure that the Nano S has been updated to the latest 1.3.1 firmware.

To manage the XRP wallet, install the Ledger Wallet XRP app (compatible PC/Mac/Linux). It is a new and independent app, only dedicated to XRP. 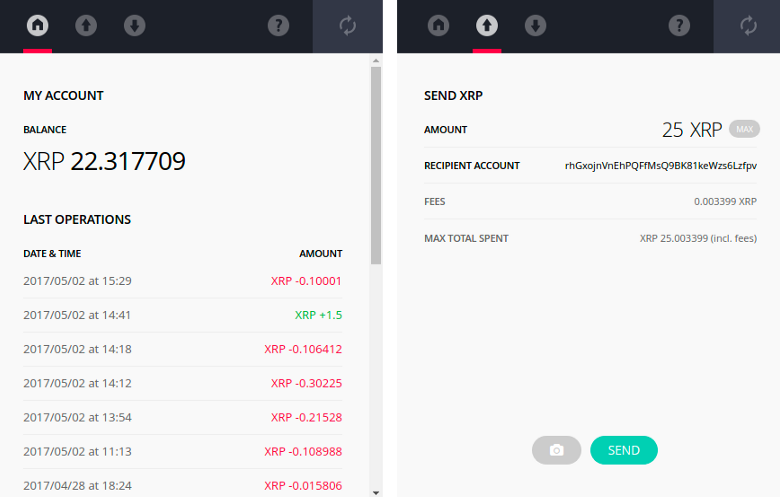 – Make sure the Ledger Nano S or a Blue already configured
– Make sure that the Nano S has the latest 1.3.1 firmware. To check, go to “Settings > Firmware”. Follow these steps if you need to upgrade. The Blue doesn’t require any specific firmware.
– Launch the Ledger Wallet Manager, select the Applications tab, find the XRP app and install it by clicking on the small bottom arrow. If there is an error, it’s most probably because the Nano S is full, first remove an app.
– Close the Ledger Wallet Manager (it is important to have only one Ledger app running on your computer at the same time).
– Go to the Ledger Wallet XRP app page and install the native app on your computer (compatible with Mac, PC or Linux).
– Launch the Ledger Wallet XRP app.
– Select the XRP app on the Nano S, press both buttons.
– If it doesn’t sync, make sure that “Browser support” is disabled (in the settings of the XRP app on the device)

– In case of loss of a Nano S or Blue, users 24 words backup will also recover their XRP wallet in a new Nano S or Blue. It is not necessary to back up anything else.
– Ledger will soon provide the tools to export an XRP private key (from the 24 words) if a user needs an emergency recovery without a Ledger device.
– The Ledger Wallet XRP provides with only one address/account (exactly like the current Ledger Wallet Ethereum Chrome app).
– The structure of the XRP protocol makes that it is not possible to send less than 20 XRP on a new account, and users must also always have a minimum of 20 XRP on their account (if a user has 1,000 XRP, its only possible to spend 980 XRP, a minimum 20 XRP will be locked forever).

Ledger opens up waitlist for its ‘Crypto Life’ debit card

Ledger, the popular blockchain asset security and hardware wallet company, announced it has opened a waitlist for the launch of its Crypto Life (CL) Card. Users will be able to top-up and manage the...

Ledger Enterprise Solutions, the enterprise line of blockchain security & infrastructure provider, Ledger, announced it has entered into an agreement with Netherlands-based cryptocurrency investment fund manager, Hodl.nl; to secure portfolio assets through its crypto...