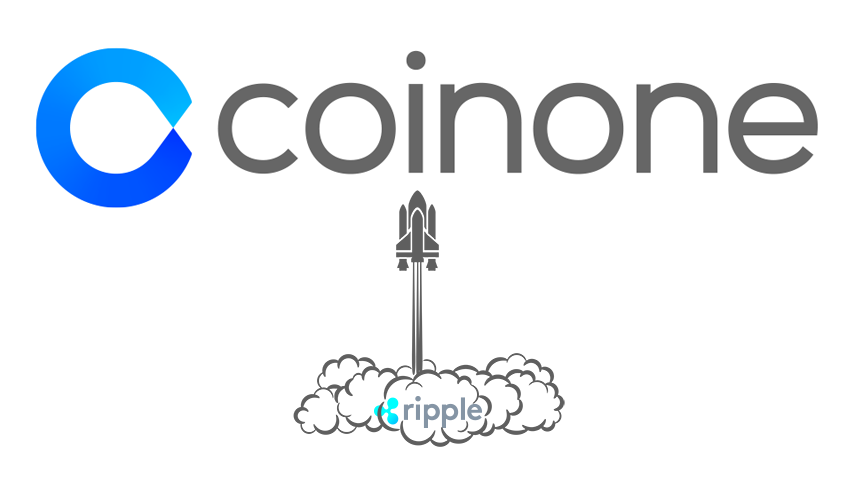 Announced today from South Korea cryptocurrency exchange Coinone was the launch of Ripple (XRP) trading 3 days early. The launch of XRP was originally scheduled for this upcoming Monday, May 15th. The early listing was likely in response to competitor exchange Bithumb, who also announced XRP trading to be launched on that day.

In the race to be first, Coinone officially launched XRP for the first time in Korea today at 11:00 pm Korea Time on May 12, 2017. The exchange now offers an XRP/KRW trading function, which allows users to buy and sell Ripple (XRP) directly in Korean won (KRW).

“We have made an open schedule earlier than planned by many requests from our members. In addition, in order to commemorate the opening of the Ripple Exchange, we will apply the fee free (0%) for the Ripple Transactions for the month of May.”

The percent share of XRP against BTC compared to other digital assets in the last quarter of 2016 was 45.1% and increased to 66.6% in the first quarter of this year.

According to the data, most volume increases occur in off-balance-sheet transactions of BTC/XRP. As a result, potential market risks (block size, hard fork, etc.) on bitcoin in the future could have a positive impact on the ripple market. Below is a chart from Ripple comparing the two previous quarters.

Ripple is soon expected to announce new developments, a couple of which include the use of escrow and plans to introduce a systematic market management program to add liquidity.