Atlanta-based BitPay, a bitcoin payment, and fintech provider announced they’ve released an updated version of the BitPay wallet which adds PIN and fingerprint screen locking, a much user-requested security and privacy feature for wallets on shared devices. The company also added new options for sending bitcoin to other bitcoin addresses and the BitPay Card.

Here are some more details on a couple of the major changes in the v3.1 release:

If sharing a mobile device with friends, family, co-workers, or kids, a user might not want them poking around in their bitcoin wallet. The new optional fingerprint and PIN screen locks protect the wallet app from unwanted or accidental intrusion and give it additional privacy protection. 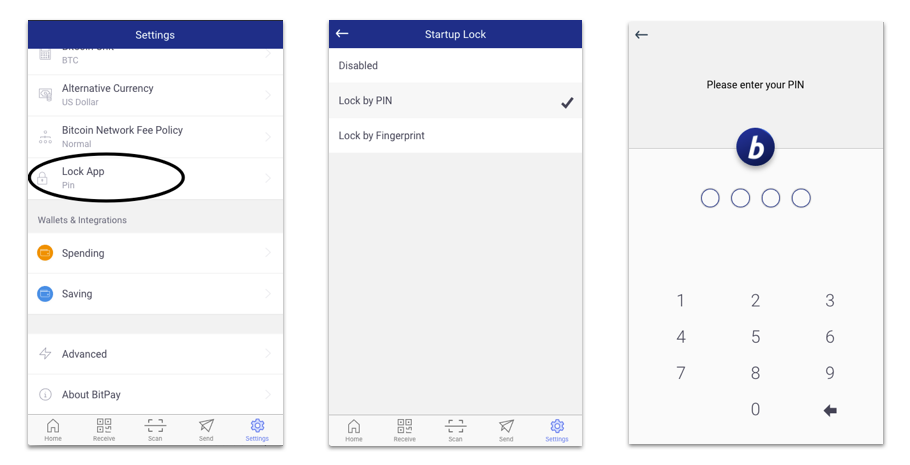 “A PIN alone won’t provide full security for the bitcoin private keys required to spend your bitcoin. If you want serious security for your funds, we strongly recommend creating a multi-signature, called a “shared” wallet in the BitPay app. You can share a multi-signature wallet with trusted friends or split the private keys required to move funds between 2 or 3 of your own devices. This makes it almost impossible for even the most determined attacker to gain access to your funds.”

If you receive a transaction with a low miner fee, BitPay now lets you know to expect longer confirmation times on the Bitcoin network.

If a user is the one sending transactions and wants to change their wallet’s miner fee policy to increase confirmation speed, they can do so in your wallet settings under “Bitcoin Network Fee Policy.”