Using blockchain technology to trade energy and track the corresponding data is one of the most promising applications of distributed ledger technology...

The Unibright team of blockchain specialists, architects, developers and consultants have been asked to provide the needed blockchain-based solutions for energy trading, metering, data analysis, and integration.

Unibright on the evolution of the energy market and systems

As a partial answer, to solve these mentioned issues, the concept of a “smart grid” has been introduced: Communication technology is used along with interconnected power systems and smart metering to improve the utilization of renewable energy sources from various sources.

The currently needed, ongoing transition and structural changes are summarized in the chart below: 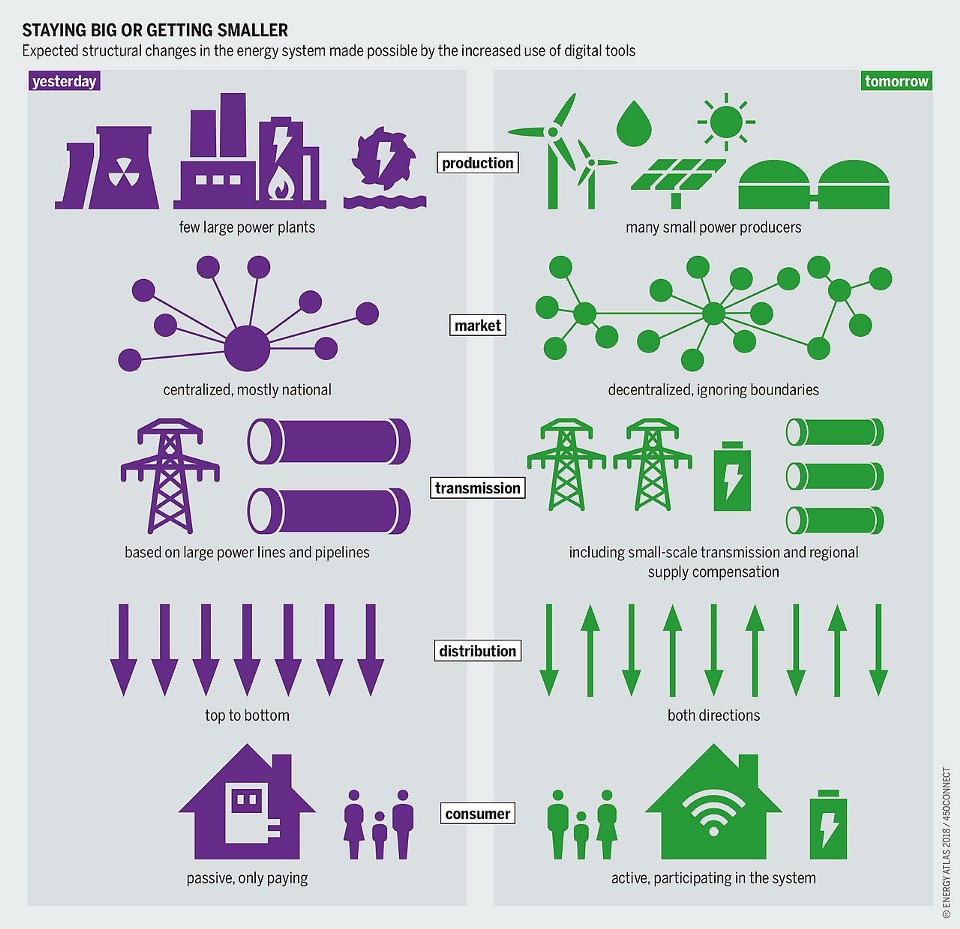 The German company Wasserkraft Mittelrhein is a highly innovative player, aiming to generate clean and renewable energy by the usage of novel hydroelectric power plants (buoys). These power buoys generate electricity by converting the power of a river’s current using a more than 8 feet long rotor. Weighing over 7 tons and having a length of around 36 feet, one power buoy can generate electricity to 100 households.

The current pilot phase of the project, in which Unibright is engaged as the blockchain technology provider — installs 16 power buoys into the river rhine generating approx. 6.4M kilowatt-hour of electricity per year. Thereby, over 1,000 households can be served with energy, and in return, more than 6,000 tons of greenhouse gas, which would have been emitted using traditional coal-powered power plants, can be saved. One of the main advantages of these novel power plants compared to solar energy and wind turbines, is the fact that they are able to provide power constantly, using the river’s current.

The pilot started with two workshops by Unibright Solutions, a one-stop resource for enterprise-grade blockchain consulting; to explore the potential and the various fields where blockchain technology can be utilized within the solution:

The Unibright Framework, a unified framework for blockchain-based business integration will be used to provide two major pillars of the productive solution: smart contract generation and integration. There is potential for different levels; where smart contracts can act within the solution, e.g. representing energy tokens or data tokens, or establishing a contractual relationship between energy producer and consumer including automatic billing and payment. This will be done by dedicated Templates within the Unibright Workflow Designer and code generation by the Unibright Lifecycle Manager.

The internal data and process modeling have to be connected and integrated into existing data standards and demands from external parties like auditors, regulators, and network providers. This will be done by dedicated smart adaptors within the Unibright Connector.

The Unibright Explorer will be used to provide Dashboards to monitor the internal transactions and APIs for “external” users (like consumers) to monitor their consumption and data usage.

“Currently, the first pilot buoy has been installed in river Rhine, mainly to collect data on the river’s current and to provide information for external auditors in terms of environmental sustainability and stability of the construct. All innovative ideas, milestones, and roadmaps have to be adjusted according to the regulator and external funding, and the goal is to have 16 buoys installed, producing energy and using Unibright technology by the beginning of 2021.”
– The Unibright team

Unibright, a provider of a unified framework, bringing blockchain technology and smart contracts to mainstream usage, announced it has partnered with Anyblock Analytics, a German blockchain solution provider that offers methods, tools and data...

While giants like Microsoft and Lufthansa see the future in decentralization and drive blockchain based use cases within corporations, most enterprises struggle to use the new technology, states Marten Jung, CEO at Unibright.  German-based Unibright...