The team of imToken, a cryptocurrency wallet ecosystem, has announced the launch of a new bug bounty program for recently open-sourced, TokenCoreX. This bug bounty is s being managed in conjunction with blockchain security firm SlowMist.

TokenCore is a cross-platform library that implements crypto wallet functions for blockchains, exporting C interfaces in Protobuf protocol. This library is entirely written in Rust, and provides friendly interfaces for the imToken mobile platform including ReactNative, iOS, and Android.

imToken embeds TokenCore library as the low-level cryptograph wallet layer and built the user interface on this library.

The TokenCore Bug Bounty is only based on TokenCore open-sourced code, the GitHub repository is https://github.com/consenlabs/token-core.

The following issues are what imToken is interested in: 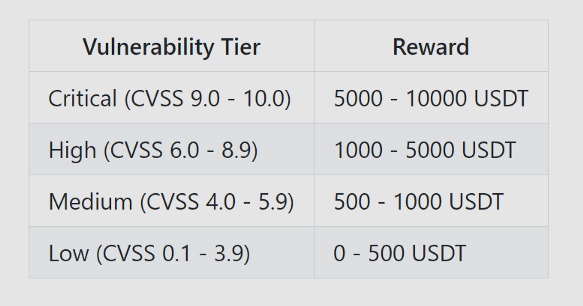 The following are out of scope:

Note that any bugs already reported are considered out of scope. Bounty rewards are paid in Tether USD token on ethereum.

Guidelines for Crafting a Report

Infinity Stones, a blockchain infrastructure provider for cryptocurrencies, has announced it has partnered with imToken, an Ethereum-based token wallet app, to provide support for in-wallet Eth2 staking services. imToken users will be able to...

imToken, Asia’s largest crypto wallet company, today announced the completion of a USD $30 million Series B financing led by Qiming Venture Partners, with participation from its lead Series A investor IDG Capital and...