Ideally, private keys and seed phrases are always kept offline (cold storage) to reduce the chance that either private keys or seed phrases get compromised. The problem with cold storage is that handling transactions become rather inconvenient. Signing and broadcasting a transaction manually isn’t rocket science but not to be taken lightly either, especially for the average user.

Offline mode provides a simple way to sign transactions offline and broadcast them from a separate device. WavesFX signs a transaction and generates a small HTML file that can then be opened on a different device. All it takes from there is a click to broadcast the transaction as demonstrated below: 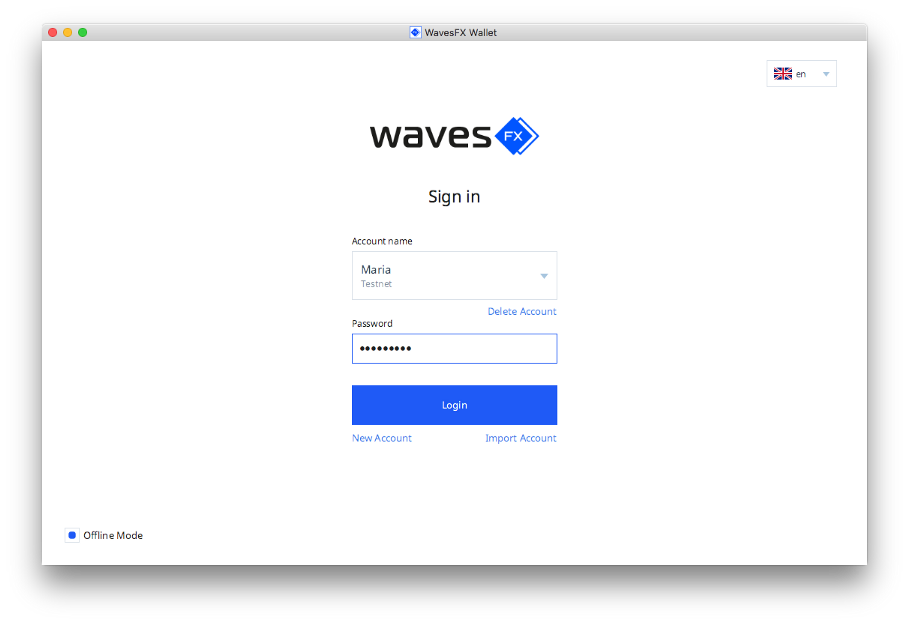 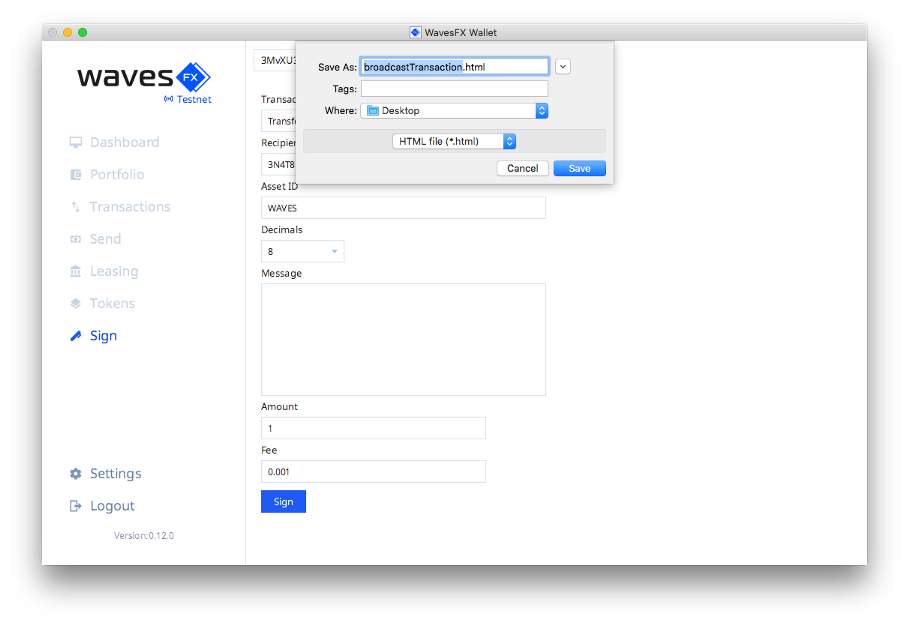 After completing the above steps, WavesFX signs the transaction and generates a small HTML file.

This HTML file is designed to be simple, so that even beginners can understand how to use it. The generated HTML file can be opened in any browser. By clicking the Broadcast Transaction button, the transaction will be sent to an endpoint and results will be shown below. 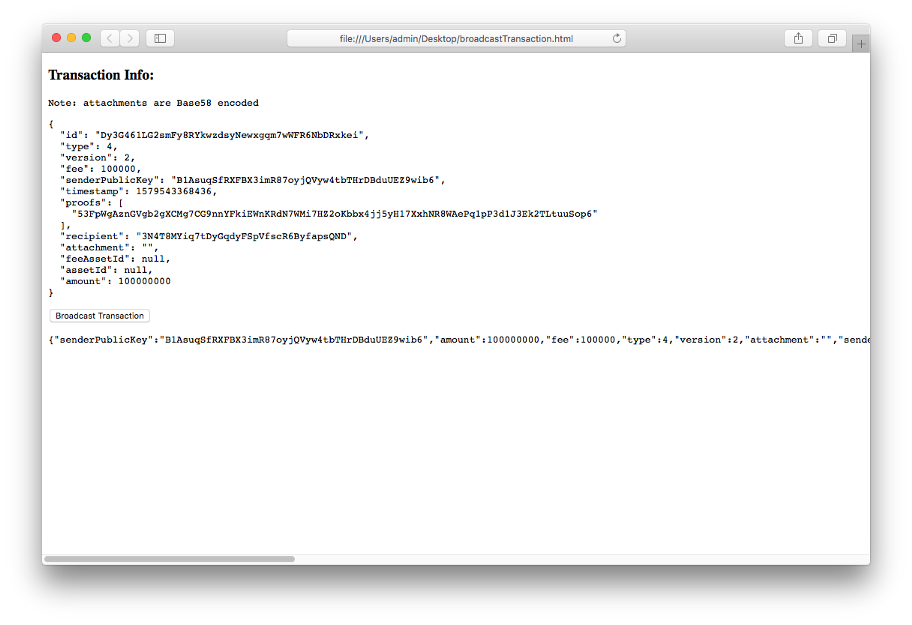 To check out the WavesFX wallet, the sources and binaries for Windows, macOS, and Linux are available on GitHub.

Waves Labs, an initiative for supporting the development of the Waves blockchain ecosystem, has introduced a new wallet product, WavesFX. The solution is a native, versatile, and open-source Waves wallet for Windows, macOS, and...