MERJ EXCHANGE LIMITED is the operator of MERJ EXCHANGE, the only licensed securities exchange in the Republic of Seychelles.

Tokenized shares for MERJ Group will be listed alongside its existing stock, bringing tokenized securities under the umbrella of a national, regulated bourse for the first time.

Confirming backing last month from regulators, MERJ’s vertically integrated group of entities are licensed by the Seychelles Financial Services Authority as a securities exchange, clearing agency, and securities facility; this enables MERJ to follow a security token’s complete lifecycle, offering investors infrastructure that is compliant with the highest global standards from end to end.

Announcing the tokenized listing at the Emerging & Frontier Forum at Bloomberg’s London headquarters today, MERJ Exchange CEO, Edmond Tuohy, says the move is an important step toward enabling millions of ordinary people to invest on the global stage.

“MERJ is proud to be spearheading a 21st-century framework for tokenized securities,” says Tuohy. “We truly believe this technology will be one of the key steps toward democratizing global access to the capital markets. We wanted to take the best of the technology and marry it with the highest possible regulatory standards.”

Despite the noise surrounding Facebook’s Libra and the SEC’s legal fight with KIK, regulators increasingly recognize the benefits of DLT. Bank of England Governor Mark Carney, recently stated that “securities represented on the blockchain and with smart contracts can drive efficiencies and resilience in operational processes as well as reduce counterparty risk, unlocking billions of pounds of capital.”

For these reasons, institutions around the world are investing heavily in DLT. However, one of the missing pieces of infrastructure has been an exchange operator with full international regulatory status to provide a global venue to list, trade, clear and settle these instruments in a compliant manner.

“This is a milestone moment where regulation and blockchain technologies are at long last converging,” said On Yavin, CEO and Founder of Cointelligence in London. “MERJ’s tokenized listing marks the dawn of a new era for regulated digital assets.”

A historic trading hub situated between Africa and Asia, Seychelles is a success story of international cooperation; with support from the IMF, World Bank and OECD, the country’s government and regulators have been able to establish a well-respected jurisdiction with a diverse and growing financial services sector. The stock exchange is a key part of that development and listings on MERJ now represent more than one-fifth of national GDP, with companies from five continents.

By listing its own equity in tokenized form, MERJ hopes to prove the rigor of a framework that has taken three years to build. Its careful approach provides a solid foundation for international issuers and investors wanting to leverage the benefits of distributed ledger technology, within a fully regulated, listed environment. 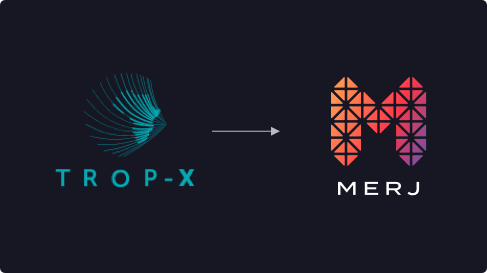 MERJ EXCHANGE Limited, formerly Trop-X Seychelles Limited, was incorporated in the Republic of Seychelles in 2011. The exchange went live in 2013 and upgraded from a correspondent member to an affiliate member of the World Federation of Exchanges in 2016. As an end to end Regulated Market, MERJ has established and administers rules for the listing, trading, clearing, and settlement of securities.

One of the world’s most exclusive asset classes is set to become accessible to investors worldwide thanks to a partnership between hybrid exchange MERJ and supercar tokenization platform CurioInvest. The listings could bring up...

MERJ, the national stock exchange of the Republic of Seychelles, announced today the initial public offering (IPO) of its tokenized shares, becoming the first entity in history to do so. The offering values the...

MERJ, a recently launched exchange, clearing agency, and registry in full compliance with the Seychelles Financial Services Authority, today announced the official listing of its own tokenized security on its fully compliant and regulated...