WeTrust, a decentralized platform for financial apps built on the Ethereum blockchain, has announced the release of CryptoUnlocked, a new platform for milestone-driven (aka Proof of Impact) fundraising.

By leveraging the decentralized oracle powers of Augur, CryptoUnlocked allows for crowdfunding pools to be awarded to developers or organizations according to the outcome of real-world events. It is a fundraising platform that enables accountability to be built-in to the grant-making and funding of public goods/non-profit/open-source initiatives.

Conditional contribution, or the ability to fund aspirational goals with the condition of being refunded if the goal is not met, is a vital missing piece in the puzzle of funding for a diverse array of projects. Metamask acts as the bridge for interacting with CryptoUnlocked. 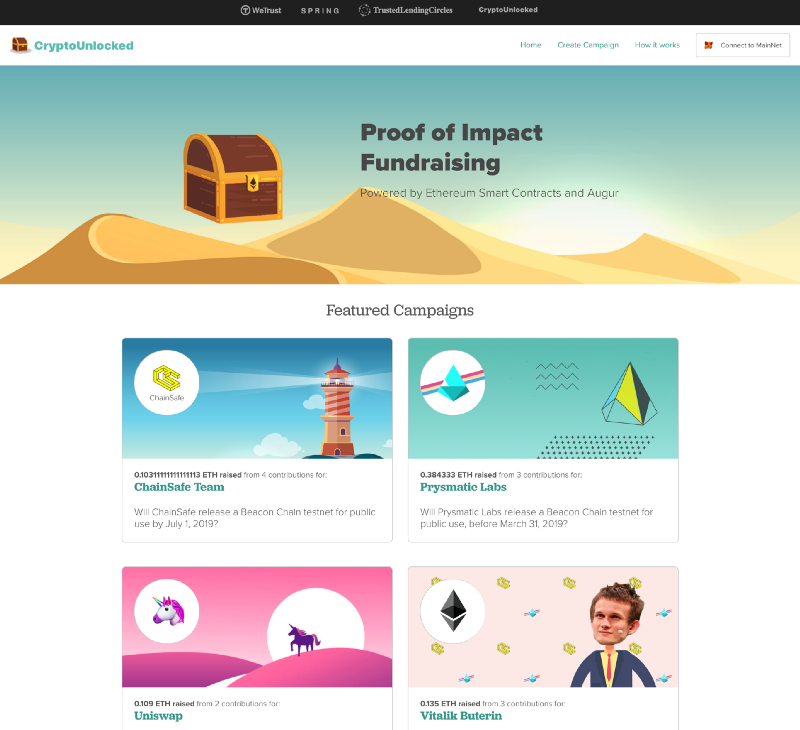 In order to incentivize a timely and determined delivery of the Beacon Chain testnet by Prysmatic Labs, Ethereum stakeholders of all stripes may want to contribute Ether to the Prysmatic campaign. Upon contribution to the campaign, the Ether is locked in a smart contract address until the Augur market is resolved YES or NO. 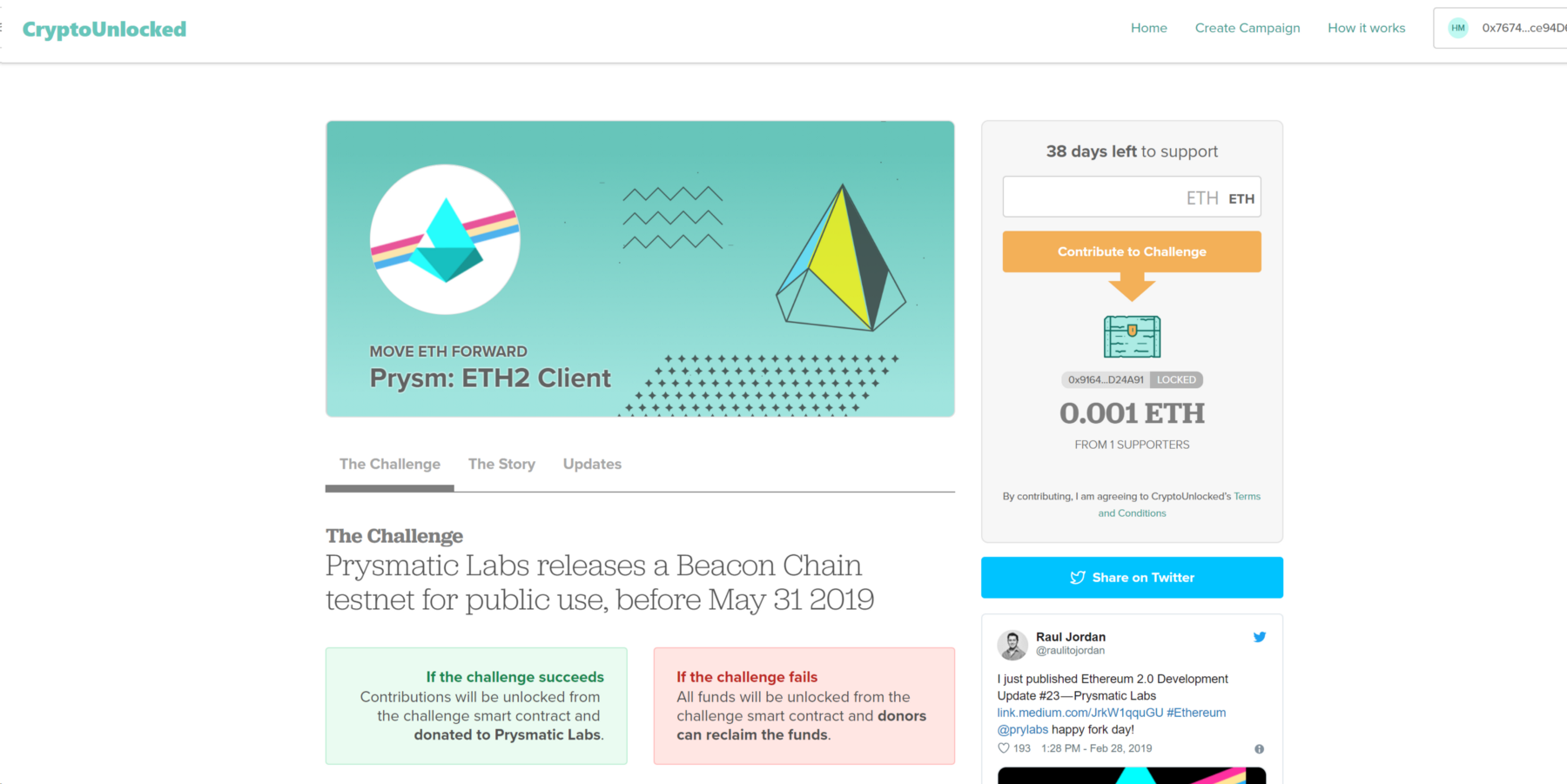 CryptoUnlocked’s initial lineup is nicknamed Move Ethereum Forward, and is entirely focused on funding Ethereum 2.0 development. As WeTrust is built upon the Ethereum blockchain, its mission to build innovative economic tools can only ever be as strong as the blockchain it’s built on. Therefore, the WeTrust team believes it is “extremely important to support some of the most critical (and critically underfunded) teams building the Ethereum ecosystem.

[perfectpullquote align=”full” bordertop=”false” cite=”The WeTrust Team” link=”” color=”” class=”” size=”16″]”Some of the most important projects in the digital economy are the most chronically underfunded. And, beyond the open source pillars upon which cryptocurrency is founded, we believe that CryptoUnlocked can one day be useful in philanthropy, campaign finance, business, and the general funding of public goods. Many of you have expressed the desire to create your own fundraising campaigns based on real-world events, and we may soon enable anyone to create their own. For the time being, please submit your ideas here and we will follow up shortly. After the launch of Move Ethereum Forward open source projects, we expect to quickly expand to additional blockchain projects, general philanthropic nonprofits (leveraging the directory we’re building on spring.wetrust.io, and user-created campaigns.”[/perfectpullquote]

WeTrust, a decentralized platform for financial products, announced today they have launched Blockform, a tool which simplifies the process of deploying and managing Ethereum nodes on your own server. Using Blockform, developers can easily...

WeTrust a Santa Clara-based platform for savings and lending on the blockchain has partnered with Singapore-based DigixGlobal, a company putting digital gold tokens on the Ethereum blockchain. WeTrust has released a fully functional and...