NEXT, an open source project for the NavCoin community, announced today that developers have released the newest public alpha version of their lite wallet for NavCoin. NEXT first launched in June 2018 as an alternate interface for NavCoin Core. Since then NEXT has added support for multiple cryptocurrencies running as full nodes including LTC, DASH, PIVX, and others.

Updates have included advanced features for NavCoin such as community fund integration, news, and a marketplace.

This latest release includes the capability to send and receive NavCoin without needing to download and validate gigabytes of blockchain data. After creating a wallet and securing it with a passphrase users can instantly start using NavCoin. The private keys never leave a device and signed transactions are sent to the broadcast server from the wallet which is unable to be tampered with in transit.

The lite wallet capability is still being tested by the development team, so if interested to test it out and participate in the public beta, users are welcomed to download the latest version and join the navcoin discord server to give feedback.

For further information check out the NEXT Lite Wallet (v1.1.3) release notes. 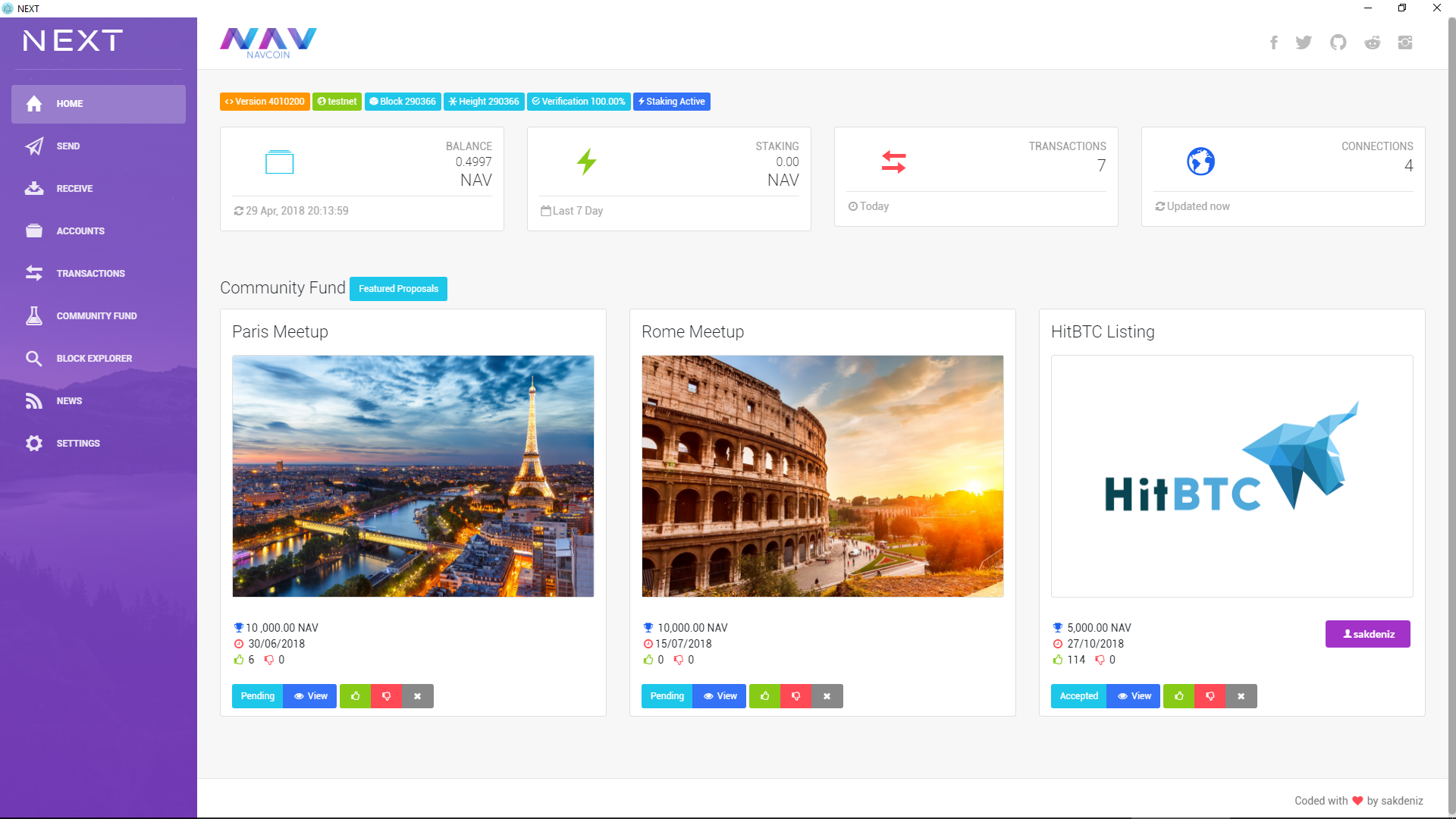 The team of Navcoin, a cryptocurrency with optional private payments, has announced that NAV has been added to the Binance Locked Staking program. With the addition of NAV; traders who keep their coins in...

Eco-friendly privacy-focused cryptocurrency, NavCoin has achieved another milestone in its developmental process. The platform has released a “ZeroCT Phase Two” testnet which will allow for further testing and review of the platform’s wallet by...

The NavCoin project hit a unique milestone today reporting that it is now carbon neutral. The carbon initiative was fully funded by NavCoin’s decentralized Community Fund. The proposal was submitted on the second of...