Cryptocurrency’s problem is not regulation but its need for it 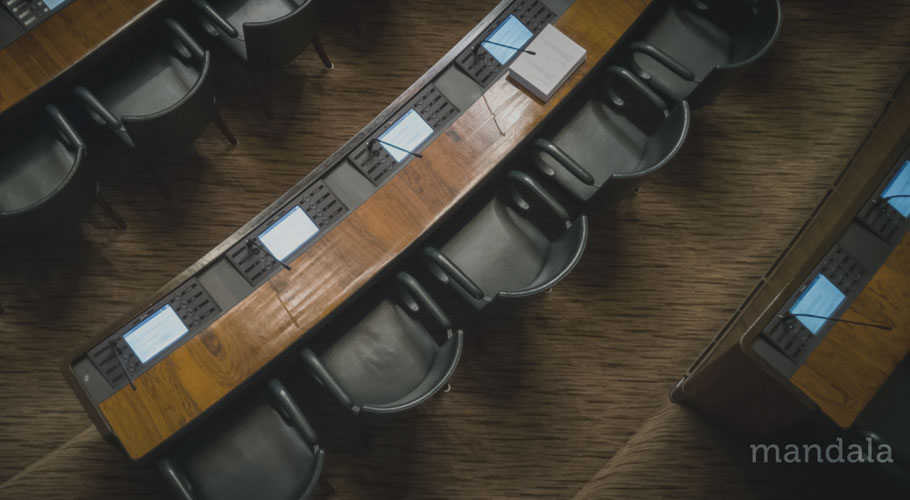 This year’s Group of Twenty (G20) priorities include sustainable food future, gender perspective, infrastructure for development, and the future of work (“Unleashing Peoples’ Potential) with the theme of “BUILDING CONSENSUS FOR FAIR AND SUSTAINABLE DEVELOPMENT.” The Communiqué released following the first G20 meeting of Finance Ministers & Central Bank Governors, which occurred on March 19th and 20th, illustrates a focus on the impact increased digitalization will have on the global economy. Global finance leadership recognizes that advancements in technology will lead to robust economic opportunities; however, the adoption rate by governments, businesses, and individuals generates a variety of challenges. One such developing technology, cryptocurrency (blockchain-based digital assets), has proven to be a model for the predicament that international Governments face in fostering novel technological opportunity while mitigating the risks associated with it.

G20 Finance Ministers & Central Bank Governors expressed their understanding of the benefits that cryptocurrency has on the broader economy as it can bolster efficiency and inclusiveness. However, following their third meeting in Buenos Aires, the following statement was issued: “Crypto-assets do, however, raise issues with respect to consumer and investor protection, market integrity, tax evasion, money laundering, and terrorist financing.” The level of concern expressed by global leaders is entirely justified and here is why.

Investments in Initial Coin Offerings (ICOs), a financial mechanism used to raise capital for a prospective blockchain-related project, increased exponentially throughout 2017. In a report released on July 11th, 2018, Satis Group found that 80% of all ICOs were scams, causing a loss of roughly $1.3 of the ~ $12B raised by ICOs. Despite the fact that ICO scams resulted in 11% of total investments lost, this same report found that 70% of all ICOs funded were listed on an exchange, granting some level of return on investment. A report by EY research found that in 2017, an estimated $1.5 million worth of ICO investments was stolen by hackers using phishing scams. Although these numbers are extensive, they are meager compared to asset loss post-ICO.

Group-IB reported a total of $882 million lost between February of 2017 to September of 2018. The data collected is the summation of money lost between fourteen cryptocurrency exchanges. The only described perpetrator of these hacks is, according to Group-IB’s report, Lazarus, a group of hackers allegedly sponsored by North Korea. Two major concerns of The Group of Twenty, outside of illegal acquisition of virtual assets, are money laundering and terrorist funding.

The statement issued on July 22nd by the Finance Ministers & Central Bank Governors offers little insight into the measures being taken to prevent the many issues plaguing digital asset markets and its adoption on a global level. However, The Group of Twenty is taking these matters seriously. During their first meeting in March of 2018 in Buenos Aires, G20 Finance Ministers & Central Bank Governors called on the Financial Stability Board (FSB) and various standard-setting bodies (SSBs) to issue a report by July on their work done concerning digital assets. The report highlights work done by the FSB, Committee on Payments and Market Infrastructure (CPMI), International Organization of Securities Commissions (IOSCO) and the Basel Committee on Banking Supervision (BCBS). The following information serves as a summary of the FSB report provided to G20 officials in July, before their 3rd meeting.

Thus far the Financial Stability Board has not discovered crypto-related financial instability. Standing Committee on Assessment of Vulnerabilities (SCAV) and CPMI, through collaboration, devised a framework to efficiently identify potential concerns for financial instability related to cryptocurrency assets. This framework mostly uses data from public sources and is less reliant on supervisory data despite their belief that this data would increase the validity of its results. Although the FSB members have a working framework for quickly observing emerging instability, another standard-setting body works with its members to discuss concerns and compile information from each jurisdiction in the hope of reducing risks to financial stability.

The International Organization of Securities Commissions (IOSCO) intends to continue to work with its members through the established ICO Consultation Network where members can share their experience and concerns to open dialogue with fellow regulators. Also, the IOSCO Board intends to develop a Support Framework in which resources will be offered to regulators of individual jurisdictions. These resources may be the product of international cooperation through the ICO Consultation Network. In essence, the IOSCO aims to build information from a broad spectrum of data to offer resources to individual government regulators to combat emerging risks related to ICOs. In this report, the IOSCO also describe crypto-asset platforms as a non-risk to global financial stability.

The IOSCO does recognize, however, the potential problems these platforms (I.e.cryptocurrency exchange) pose to investor protection, market integrity, money laundering, and terrorist funding. The IOSCO acknowledges the sovereignty of nations, especially with their decisions on crypto-asset platform regulation and voices understanding of a jurisdiction’s choice to treat some cryptocurrency exchanges as a form of spot market exchange and payment structure. At the time of the FSB report, IOSCO’s Committee on Secondary Markets continues their examination of these exchanges to potentially explore the appropriateness of applying IOSCO’s Principles for Secondary and Other to digital asset exchanges. Several other issues that may be worth including in the Committee of Secondary Markets assessment are (i) transparency; (ii) custody and settlement; (iii) trading; and (iv) cybersecurity and systems integrity. The IOSCO’s effort to understand the risks associated with crypto-assets relies on international cooperation between securities and futures market regulators. The calculation of risk that cryptocurrency exposure, as it pertains to banks, lies in the hands of a different standard-setting body: the BCBS.

A group of banking supervisors known as the Basel Committee on Banking Supervision (BCBS) reports pursuing policy and supervisory initiative to gather quantitative data to analyze banks’ exposure to cryptocurrencies. The data collected will be used to decide if there is a necessity to “clarify the prudential treatment of crypto-assets” across a battery of risk categories. The BCBS does mention that scarcity of reliable data on crypto bank holdings. The agenda put forth by the FSB, and standard-setting bodies discussed the need for proper regulations concerning anti-money laundering and anti-terrorist funding measures; however, another international governing body is responsible for overseeing appropriate regulations in this area.

In their July statement, G20 Finance Ministers & Central Bank Governors asked FATF to have a report ready by October to clarify how its standards pertain to digital assets. The Financial Action Task Force or FATF is a multi-national organization, initially created by The Group of Seven in 1989, tasked with combating money laundering and terrorism funding. FATF consists of thirty-five member jurisdictions. In their October report, FATF discusses changes made to their lexicon and strongly emphasize the need for increased anti-money laundering (AML) and combating the financing of terrorism (CFT) regulation for crypto-service providers. FATF does intend to provide further updates to regulatory bodies when necessary. As the G20 Summit on December 1st marks the end of G20 Argentina 2018, where does the crypto industry stand with world leaders?

When discussing regulation, the CEO of Mandala, Nate Flanders said, “Many crypto enthusiasts believe that Government is anti-crypto, but this simply isn’t true, if you objectively look at what Government bodies are trying to do, you begin to realize that protecting their citizens from financial instability, corruption and terrorism is more important than conspiring to disrupt innovation, in fact, these measures are designed to preserve the future of cryptocurrency.”

Given the agenda of this year’s G20 summit and the attitude that regulators have expressed towards the crypto industry, it is evident that they appreciate its potential to connect the universe. It is apparent that the significant issue regulators have is keeping up with this technology.

International regulatory bodies require information from cooperating countries to make proper recommendations. Assistance from industry leaders is needed for any government to have the best information. Cooperation between innovators, enthusiast along with their respective government regulators is paramount for a global consensus on future guidance. Thru collaboration, sensible measures will be achieved to protect the industry and its participants.

“Unnecessary regulation can be averted as long as there is mutual respect and cooperation between an industry and its regulators, cryptocurrency and blockchain technology is too important for unnecessary risks.” 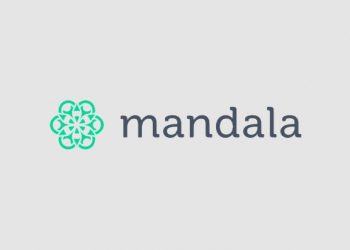 Crypto exchange Mandala opens up for US signup/deposit 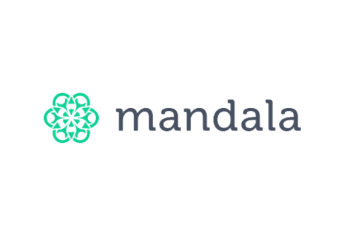 Crypto exchange Mandala begins to allow access for US traders 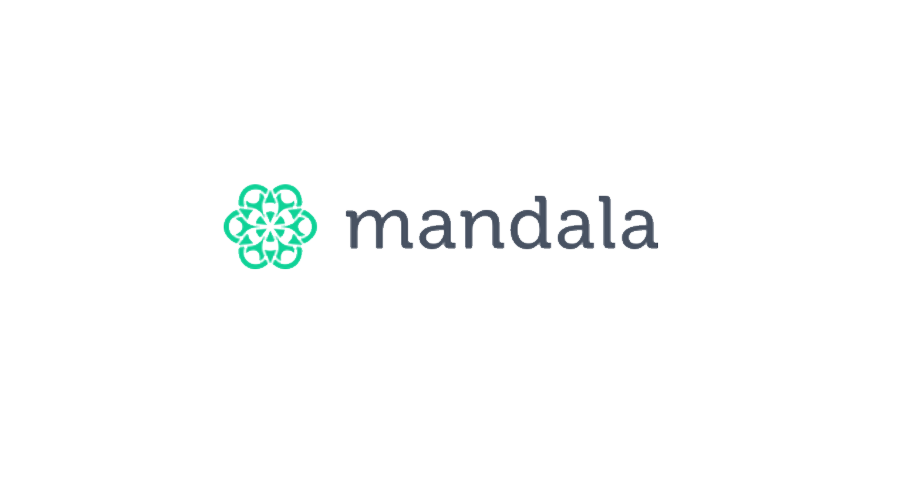