The development of trade history and XWallets represent completed milestones on the Blocknet Q3 roadmap. The Blocknet team said that the focus of this release was to extend the capabilities of the Blocknet Protocol and improve the user experience within the Blocknet Wallet.

More details on the updates can be viewed below:

Trade History – An on-chain transaction history service is now part of the Blocknet Protocol, which will allow completed orders to be viewed via API. Trade history APIs will be released to the public this month with another wallet update and integrated into Block DX to show price history.

XWallets – The Blocknet protocol can now determine which blockchains each Service Node supports. This will allow developers to identify which blockchains are ready for SPV and XRouter services so that developers can begin to harness contracts and protocols from other blockchains to create cross-chain dApps. As XRouter matures, Blocknet service nodes will begin supporting more and more blockchains, opening the door to trustless SPV support for any application. Within the wallet, commands can be found by typing “help” in the console.

Simplified Proposal Viewing – For proposals, there is an easily navigable list with the most recent proposals at the top. Additionally, this list can also be sorted and filtered by proposal status. 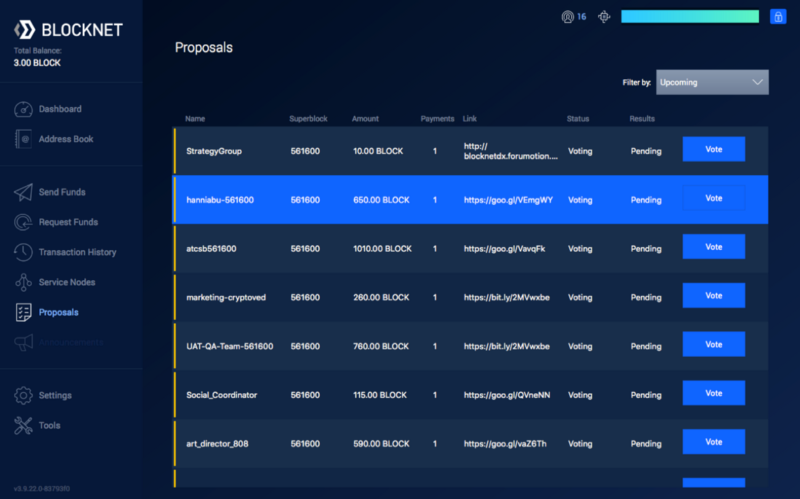 Simplified Proposal Voting – Voting can now be performed through the UI by selecting the proposal and casting a vote using the ‘yes,” “no” or “abstain” checkboxes.

Coin Control – Coin control has been redesigned and improved. Coin control is now in a separate window, providing a less cluttered view. It is much easier to choose and apply various coin control settings such as manual customized inputs that are displayed in a list configuration.

Coin Control screen #1 – Selection of transaction fees is now on a separate screen for further clarity. 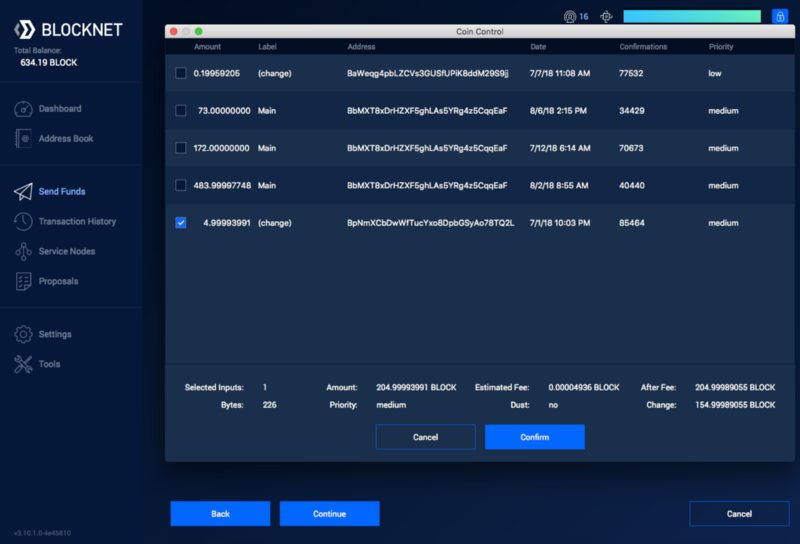 Coin Control Screen #2 – Functions are no longer hidden and buried within menus, more operations can be accessed in a maximum of 2 clicks, built in C++ (rather than Electron) for greater security.

Following this release, there will soon be another Block DX update, which will introduce these features: DX Automated Setup, place order by price, taker fees.

“There is still much work happening on the Blocknet Wallet. With each new release, more features are being added and screens are being remastered to match the new look. In September, Blocknet will be doing another major wallet release as signified on the roadmap.”

Blocknet, a layer-2 blockchain interoperability protocol that enables communication, interaction & exchange between different blockchains, today announced that its native Blocknet token is now listed on the Pangolin DEX in advance of the release...

Today it is was announced that blockchain application platform Avalanche will leverage the Blocknet protocol to make its chains interoperable with almost every other blockchain in existence. The Blocknet is extending the power of Avalanche’s subnets with...

Blocknet, a 2nd layer blockchain interoperability protocol that enables communication and exchange between different blockchains, announced it will bring ERC20/ETH support to its decentralized exchange, Block DX. Alongside, the Blocknet team will make Block...