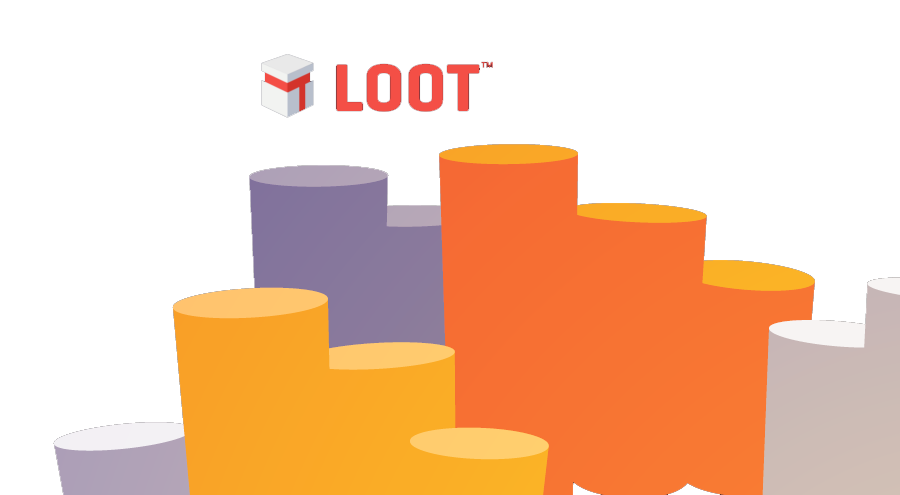 Loot, a new, patent-pending, tradable crypto-asset generated by player skill in video games is set to transform the gaming industry. Loot records the performance of gamers on the blockchain and offers proof of skill –  allowing them to generate tokens in return for skill and effort while giving game developers a new way to monetize and build audiences.

Traditionally, mining algorithms have relied on hardware to do the work. However, Loot leverages a new patent-pending mathematical model that measures player performance to generate the new crypto-asset.

The Loot crypto reward system is being launched by the team behind Signal Zero, a gaming platform that, since 2013, has delivered $7 million of rewards to gamers for engagement through its two web apps, TokenWall, and TapRivals.

The limitation of those apps, and all the other reward apps used to incentivize gamers up until now, has been that reward money is generated through gamers’ entry fees into competitions, or from advertisers’ limited budgets.

But the Loot system has been designed to have intrinsic value and utility without the need for advertiser budgets or entry fees. This means no more limitations from the advertising industry and no more entry fees from users. Game publishers will now be able to incentivize gamers to play for valuable prizes and rewards.

With Loot, the effort that gamers expend when they play games is harnessed as a ‘proof of skill’ mechanism that represents the value of their effort and skill. In other words, gamers carry out the same value-creation function as miners do in the Bitcoin economy. The equipment, time and, most importantly, the skill that players demonstrate when they play games are economic investments which are reflected in the Loot crypto rewards system token.

Skill-based crypto generation in games and virtual spaces effectively opens up a new entry point to the crypto-economy. Users no longer need to purchase or mine tokens in the traditional sense – they are rewarded new tokens through gameplay. By acting just like experience points in games, players are encouraged to accumulate Loot in order to level-up and unlock special perks, items, and content. Once a player’s level is high enough, they’re awarded access to cash, cryptocurrencies, gift cards, credits and codes from Signal Zero’s rewards market. Third party publishers on the platform are planning to offer their virtual items, content, and games.

Tobias Batton, the founder of Signal Zero and creator of Loot, is a publishing executive and entrepreneur and a well-known thought leader in the evolution of digital platforms said:

“Many game publishers are enjoying record profits as a result of freemium and paid content monetization models that offer paid downloadable content. But there is a growing consumer backlash against these systems.Game publishers now risk legal and legislative action against their monetization models. Japan recently outlawed some monetization schemes, and there’s lots of talk of similar moves in the USA, Australia, and the EU. Loot will allow developers to share wealth with players without sacrificing any existing revenue generation. And players can use Loot from playing games to pay for in-game items and content.”

Loot tokens will be fully exchangeable with other cryptoassets so developers will be able to accept Loot as a payment option. It will be in a game publisher’s best interest to share the wealth with its community since it will generate more Loot for everyone.

As Loot proliferates throughout the game industry, gamers will be able to earn real incomes based on their skill, engagement, and activity – just like miners do with bitcoin and other traditional currencies.