theloop, the team behind ICON has joined a partnership with Raonsecure, a biometrics technology services company. The two companies have signed an MOU to co-develop a FIDO (Fast IDentity Online) system using blockchain technology. FIDO is the global standard for biometrics using fingerprint, iris, facial recognition, etc. It is considered to be one of the rising next-generation authentication technologies.

Recently, the demand for integrated IDs on blockchains and FIDO authentication has been rapidly growing.

The two companies have agreed to collaborate their efforts at developing an innovative FIDO authentication system model using blockchain technology.

The blockchain biometrics system will reduce the security risk which has been inevitable for the centralized systems such as banking service certificates or other private certificates. It is also expected to solidify the credibility of the authentication.

Raonsecure is one of the leading information security companies specializing in mobile/ IoT internet security & next-generation authentication technology. It holds a number of security technology patents and its clients includes major corporations such as Samsung and SK Telecom. They have received awards from the Ministry of Science, ICT, and Future Planning at the 3rd annual Information Protection Day. Raonsecure hopes to enhance its competence at information security and lead the way to increase Korea’s SQ.

Based in Seoul, theloop is a leading provider of private blockchain solutions for a smart connected society. 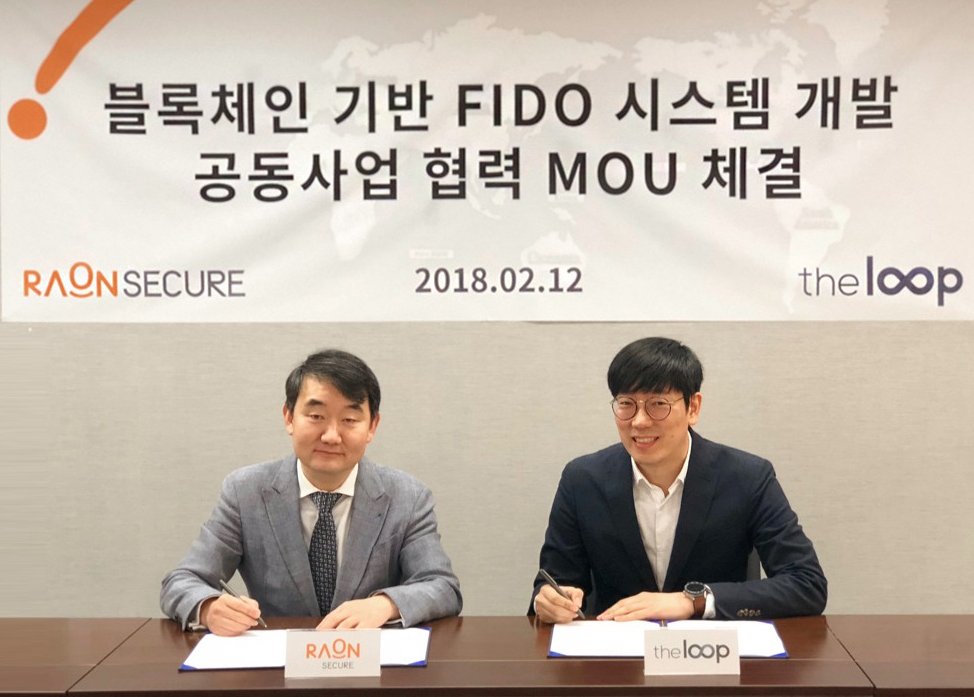 theloop and ChainToB partner to develop the Loopchain blockchain engine

On Dec 15, 2017, the team behind ICON, theloop, has joined a partnership with ChainToB, a business services platform that aims to link blockchain core technology and business services. theloop and ChainToB will combine...

This week, Korea’s online banking security got its first major update in nearly 20 years, catapulting it from laggard to blockchain-powered security pioneer. theloop, whose blockchain technology is already used by banks, securities firms,...