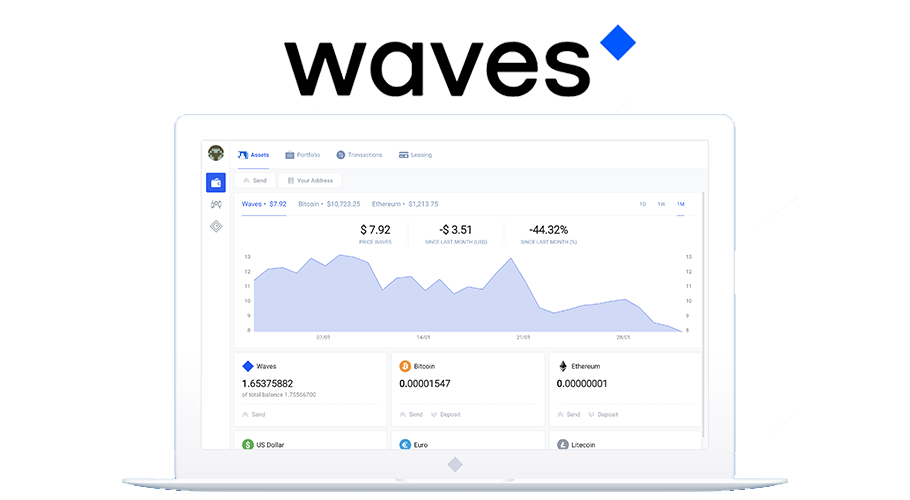 Waves, the blockchain platform for custom asset token generation and trading today announced they have released the Waves Client Beta as a standalone app. After the successful beta launch last December of the lite client, the team quickly went to work on developing the desktop version for the community. The standalone app is available for Windows, MacOS, and Linux.

Withdrawals for different cryptos have been enabled and will be available in both the desktop application and the online beta version. In order to use the new wallet, users need to simply download it and follow the steps to create a new address — or it is possible to import an existing account.

“We’re really pleased with the clean, intuitive interface of the new client, as well as its powerful functionality. The overhauled DEX will be particularly welcome to traders and those new to crypto alike, and the whole process of creating and using a blockchain wallet has been streamlined to make it as fast and easy as possible. We’re confident that this is one of the most user-friendly blockchain wallets in existence — and because it runs on your local machine, it is far more secure and stable than a web wallet.”

Many modifications will be coming in future releases. For security reasons, Waves reminders users to download the app only from links on www.WavesPlatform.com.