In what is shaping up to be one of the most exciting ICOs of the first half of 2018, Current Media announced the details of the token sale for its incentivized, blockchain-enabled multimedia ecosystem. Current has some high-powered and highly successful backers, as digital media pioneer Mark Cuban is one of its initial investors. Cuban, one of the most accomplished early investors in the digital media sector of the internet boom, sold his company, Broadcast.com, for $5.7 billion in 1999.

Current addresses the fractured media-consumption landscape by bundling Spotify, YouTube, SoundCloud and other popular media networks into one platform. Users will not only have a more streamlined media-consumption experience, but they’ll also be rewarded for their daily music or video habits. 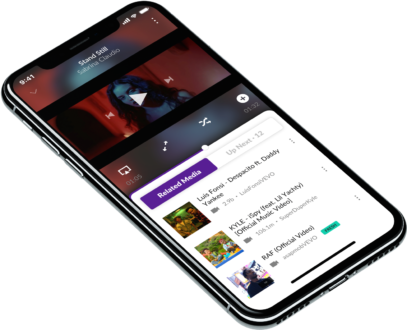 “There’s a huge imbalance in media consumption today,” said Current co-founder and CEO Dan Novaes. “Consumers today are just giving away their time, attention, and data for free — when those are the most valuable commodities in their lives. Current is giving choice back to anyone and everyone who uses modern technology to listen to music or watch a show.”

Upon consumption, the user earns CRNC to apply towards a premium subscription (such as Current’s own premium service or Spotify Premium); and the content creator is rewarded, as well (and can even convert his or her accrued digital currency into fiat currency). Similarly, content curators will be rewarded for discovering content that gains popularity. Everyone participating in Current – consumers, content creators and curators – will be rewarded for referrals, which will prove crucial in Current’s spread.

Partner networks like Spotify or YouTube will retain their ad revenue and user data for content played within Current while also adding to the conversion funnel for premium services. Additionally, Current plans to grant CRNS to partner networks for implementing the Current protocol to directly reward users for content consumption within their own host platform.

This isn’t the first venture for Current’s three co-founders. Novaes has previously worked alongside fellow co-founders Nick McEvily (Chief Product Officer) and Kiran Panesar (Chief Technology Officer) to create apps, games, and websites that have generated millions of dollars in revenue and resulted in millions of downloads. They’ve previously struck business partnerships with Snoop Dogg, the Kardashian family, and other celebrities and influencers in the entertainment industry.

It is rare to see an ICO for a platform with an already existing, highly-functioning app that boasts a base of over 200,000 users. The Current App is available in the Apple Store, and anyone who has it during the token-sale period will be rewarded with a small amount of CRNC in their personal wallet. The Android version will be available during Q3 of 2018.

The soft cap of the token sale is $5 million USD, and the hard cap will not surpass $36 million USD. The total supply of CRNC tokens will be limited to 1 billion, with 35 percent of all tokens available for purchase during the token sale. The remainder will be earned through users’ contributions by consuming media.

The token presale launches on February 7th, and those interested in participating can learn more at https://tokensale.current.us.

Current was created in 2016 with the goal of rewarding a person’s time, money spent, and data shared during the media-streaming experience. By leveraging the global daily habit of media consumption, Current has created a consumer-friendly way to earn cryptocurrency that can be used immediately to reduce or eliminate the cost of premium subscriptions to popular content providers like Spotify, YouTube or SoundCloud. Current also rewards content creators and curators in an unprecedented and equitable way.

After $36 million raised in private sale, Current to airdrop millions of tokens

Current Media, an incentivized, blockchain-enabled multimedia ecosystem, today announced that it has closed $36 million in its private token sale and will distribute several millions of dollars worth of its CRNC utility tokens to...