Privacy coins have seen tremendous money flow over the past year, with names like Monero, Zcash, Dash, ZenCash, and Verge gaining popularity among crypto investors. One privacy coin has been flying under the radar, but that sense of anonymity is likely to be short-lived. Particl (PART) was one of the top gainers today with significant volume, as a combination of solid technicals and fundamental strength shed some light on a very exciting project.

Starting the day at 145,000 satoshis, PART traded up to 256,000 sats in a midday buying frenzy. Steady accumulation in 250-lot purchases had been noted in the past 48 hours, with some larger buyers becoming more aggressive late last night. For a stretch of the day, PART was the biggest % gainer of all cryptos traded on Bittrex.

Charlie Shrem, one of the early visionaries in crypto, recently joined the Particl team as a Strategic Advisor and Mentor. When explaining his excitement to be working with Particl, he spoke of “privacy, fungibility, and ease of use” as “the main pillars for any crypto.”

The Particl development team is working tirelessly on its decentralized and anonymous marketplace, one that will accept transactions in any cryptocurrency, not just the PART token.

The crypto world appeared to take notice of Particl’s relative value in the market today, and we think there is a lot to be excited about.

Particl has a circulation of under 8 million coins, with a market cap that reached $270 million today. Comparing Particl protocol to the other privacy coins with market caps of $6.5 billion, $2 billion, $8.5 billion, and $700 million, it raises the question as to how long Particl’s anonymity will last. 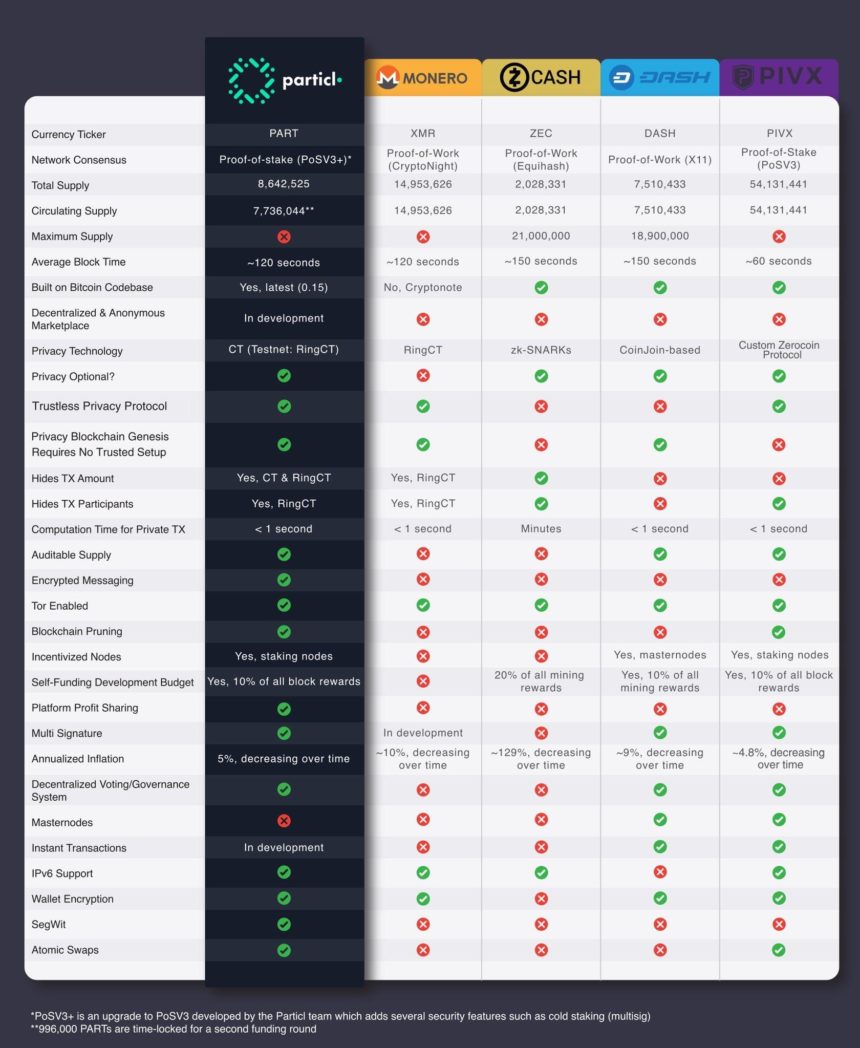 Particl, a blockchain platform offering users a gateway into an independent and autonomous economy, announced that it soon will launch and expand its ecosystem with a new vital dApp - BasicSwap. BasicSwap is a...

Particl, a decentralized and privacy-focused ecosystem supported by an open-source platform built on P2P and blockchain, today announced the release of a private cold staking script on GitHub. The script is intended to be...

Particl, the open-source, decentralized blockchain agnostic platform, today released Particl Desktop 1.4 on Github, which is a mandatory update containing all of the tweaks required for the client to be ready for the upcoming...