Hedge Token, the startup whose Buchman Crypto Indices were first to be included into the Reuters professional platform has announced that in an extracurricular meeting upon notification, members of the Index Committee have been assembled and after thorough evaluation decided to exclude BitConnect and Tether from all current and future indexing procedures for violating Rulebook Chapter 10. Currency Corruption and Security.

The exclusion will be executed as soon as possible in accordance with Rulebook Chapter 7. 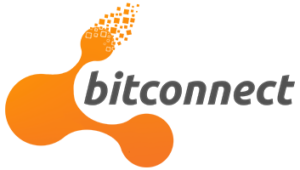 Regarding BitConnect: BitConnect is presenting itself as crypto lending platform, where investors are able to lend cryptocurrencies to BitConnect’s proprietary trading bot in exchange for the promise of returns that are above the market norm and usual market rates. There are strong indications that BitConnect is operating a Ponzi scheme, fulfilling sufficient requirements including, but not limited to, promises of above market usual returns that are positively correlated with the lending period, lock-up periods of lent funds and pyramid structure of referral bonification. On top of that, it is currently unknown who is running or owning BitConnect.

The UK Registrar of Companies is in the process of shutting down their administrative facilities such as their British mailboxes. Due to unreliable API, BitConnect has currently never been included in any Buchman index anyway, however, as per the governing rulebooks, this could have happened if BitConnect had been listed on a reliable exchange that passes our rigorous exchange requirements. Nonetheless, acting under Rulebook Chapter 10. Currency Corruption and Security, BitConnect will precautionarily be excluded from any and all future indexing procedures. 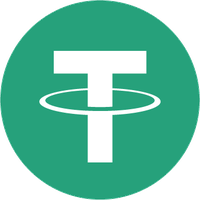 Regarding Tether: Tether is supposedly a USD-pegged token used to facilitate trading on non-conventional exchanges only. Tether is issued and operated by Tether Ltd., however, it is currently unknown who is running or owning Tether Ltd., where it is domiciled, who, if any, is regulating it, which banks Tether Ltd. is using to deposit USD and whether these banks have the claimed USD to back the Tether tokens in circulation.

The banks claimed to have USD deposited are kept secret purposefully. Due to precedents concerning the issuing of private money and counterfeiting (e.g. United States of America vs. Bernard von Nothaus), the banks are expected to refuse to reveal their names and amounts of USD deposited because they would risk losing their US corresponding banks that are necessary for clearing USD. Buchman has not been able to independently verify Tether’s bank statements.

Tether could be in violation of title 18 of the United States Code §2, §371 and §485. On top of that, Buchman deems the exclusion of Tether from the indexing procedure will not only be necessary but also no stress to the index itself since Tether carried a weight of below 1%, and as USD-pegged token, the best case scenario would have been including a constant within the index yielding no extra volatility but containing the legal risk described herein. Also, the issue whether a token that is fully backed by fiat currency falls under the definition of a cryptocurrency is questionable and will be put on the agenda of the next scheduled Index Committee Congress. Acting under Rulebook Chapter 10. Currency Corruption and Security, Tether will be excluded from any current and future indexing procedure. This mainly concerns the Buchman Tether Index, Buchman Crypto 30 Index, all weighting variations thereof, as well as indices with more constituents and indices that use those as constituents.

Tether, the blockchain-enabled stablecoin platform, today has announced that it will be launching Tether tokens (GBP₮) pegged to the British Pound Sterling in early July. Initial blockchain support will include Ethereum. The newly launched...

Tether, the company operating the blockchain-enabled stablecoin platform, announced it has now launched the Tether token (USDt) on Polygon (formerly MATIC), the Ethereum blockchain scaling and development platform. The addition of Tether to the...