AlphaPoint, the blockchain solutions, and digital asset exchange technology company announced today Salil Donde, former Executive Vice President at Nasdaq, has joined the company as Chief Executive Officer and as a member of the Board of Directors.

At Nasdaq, Salil led the Global Information Services Business which generated $540 million in revenue in 2016, accounting for 24% of Nasdaq’s revenue. Prior to Nasdaq Salil led a number of businesses and divisions as CEO and President, generating billions of dollars of value for investors. Salil was the CEO Lewtan Technologies which was acquired by Moodys Analytics and the CEO of MSB which was acquired by TPG Capital.

Salil has served as a Board Advisor to AlphaPoint for a majority of 2017.

“The next wave of business capital formation and societal wealth creation is going to come from the digitization of illiquid assets. Much like shares of a company allow participation in the ownership of a business by the masses, digitization will place massive amounts of illiquid assets in the global economy and democratize access to these assets. AlphaPoint is positioned to lead this value creation with market-leading blockchain technology that enables our customers to securely digitize real-world assets, launch new markets, and manage the full lifecycles of those assets.”

In addition, today Salil announced plans for The AlphaPoint Public Network (APN), a new public blockchain network to democratize asset digitization. It will be the world’s first public blockchain engineered from the ground up on Intel SGX technology. Users will be able to securely digitize real-world assets across both public and private blockchains, and monetize them across new markets.

To fund the development of the network, AlphaPoint is planning for a pre-functional token sale to accredited investors, expected to launch in early 2018. 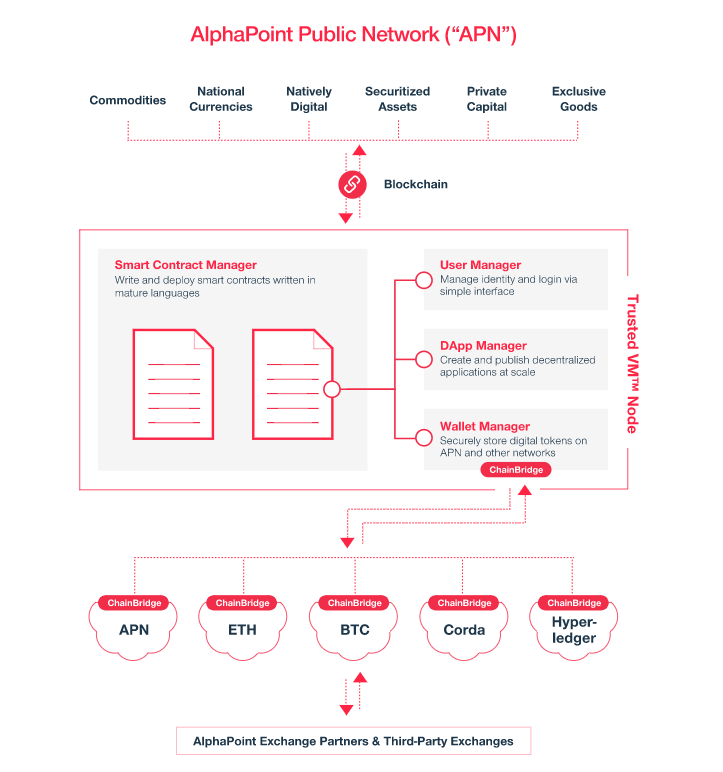 AlphaPoint, a white label software company powering crypto exchanges, has announced its membership in the Bermuda Monetary Authority (BMA) Innovation Hub, an innovation track formed by the BMA. Participation in the Innovation Hub will...

Today it was announced that Latin American-based crypto exchange BITPOINT will be using AlphaPoint technology for its upgraded exchange platform. The new platform is now live and offering on-ramp and off-ramp capabilities to the...

Digital asset software company AlphaPoint today announced the launch of the AlphaPoint Yield Platform available for use by marketplace and wallet operators using the company’s technology. Exchange and brokerage operators will have the ability...