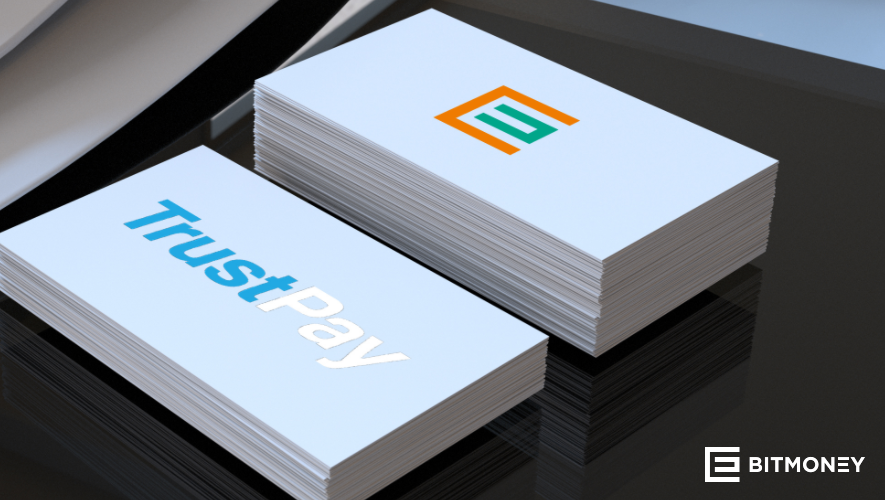 Bitmoney.eu, a European-based company which proves easy access to residents in Europe to buy bitcoin announced they just added TrustPay as a payment option on their platform.

TrustPay is a bank transfer-type service that is processed in real-time and widely used in the Czech Republic, Estonia and Slovakia. TrustPay accepts euros (EUR) and Czech koruna (CZK) for currencies, with a maximum of 5.000 EUR or 5.000 CZK per transaction.

Still looking to expand their payment options available, Bitmoney currently offers iDeal, Sofort, Bancontact and GiroPay. Recently, Bitmoney.eu has also added ecoPayz into the mix, which is a popular payment option within the gaming sector, as well as everyday purchases.

“We believe that anyone and everyone should be able to acquire bitcoin. Bitcoin guarantees that your money will not disappear, ever. It is incredibly safe and secure to hold as private money, as well as making transactions.”

“Owning bitcoin is as good as gold; bitcoin enthusiasts have called this cryptocurrency digital gold, and rightfully so. While it was declining for a short period of time, hitting its very lowest point this year, the value of this popular cryptocurrency continues to rise every day now. Now, it has broken $4,500 and is still gaining value.”

Bitmoney.eu makes the process of buying bitcoin easy and efficient, especially since customers are not required to have a bitcoin wallet before purchasing. Bitmoney.eu serves as a platform to purchase bitcoins, while also automatically creating a bitcoin wallet for customers who do not already have one.