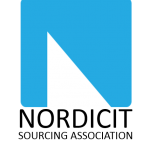 MGT Capital Investments, Inc. (OTC: MGTI) with cyber expert John McAfee at its helm announced recently that it has signed a non-binding letter of intent with the Nordic IT Sourcing Association to develop a reliable secure mobile phone.

The letter of intent is expected to lead to a final contract whereby MGT would be responsible for designing, testing and assembling a state of the art cell phone with privacy features that stay one step ahead of hackers and eavesdroppers.

The base phone will be procured as an OEM model using the Android operating system, and then modified using the skills of MGT’s cybersecurity team.

The definitive agreement will be predicated on minimum initial and recurring quantities, currently anticipated at 160,000 units to begin, and 50,000 units monthly thereafter. Subject to final specifications, revenues to MGT are contemplated at $350 USD per unit.

Nordic IT is involved in the research and development of disruptive technologies on behalf of its members and partners, which include senior executives from many of the world’s largest corporations. The partners expect a definitive agreement by May 2017, with initial product shipments approximately a year later.

“Smartphones have become the Achilles heel of cyber security. No matter how secure our applications become, they must still execute in an environment designed from the ground up to be a spy device. It is like building a race car and having it powered by a rubber band.”

“We are honored to be working with cybersecurity pioneer John McAfee and his team.  MGT’s innovative ideas should result in a unique offering in mobile communications. We have been heavily involved in the research of security and privacy issues, both in the Nordics and with our partners worldwide.”
“With the new GDPR regulations here in Europe set to take effect in 2018 and recent leaks, there is no end to the privacy issues facing enterprises and society as a whole. We strongly believe that such a device will be the center of attention for both privacy concerned consumers, and corporate leaders looking to develop a winning strategic cyber security and privacy program on behalf of their company.”

Other recent news from MGT includes the launch of the company’s Bitcoin mining pool ‘MacPool’ expected to commence sometime this quarter. We understand an announcement regarding the official start date is not far off.

MGT Capital Investments, a U.S. based bitcoin miner with operations at hosted facilities in Colorado and Ohio, today provided an update, noting that earlier this week, the company ordered 1,100 Bitmain S17 Antminers from...

MGT Capital to have 4,700 bitcoin mining rigs upon full deployment

MGT Capital, the John McAfee led technology and bitcoin mining company, who in the past year has made a big push towards growing its Washington State data center has today provided a clearer update...

Proemtheus, a project which is developing a fully decentralized email system to offer users total control and privacy with the email accounts to be detached from any network, distributed to the user and all communications...