Cryptocurrency exchanger ShapeShift announced today that $3 million USD has been processed within the last 24 hours, which is equivalent to the entire month of January 2016.

What is causing the crypto transaction boom?

One, we just came through the major bitcoin ETF decision, which caused holders to adjust their portfolios and wallets as the prices of leading altcoins got a boost from the SEC, as it decided not to approve.

Blockchain assets such as DASH and Ether have been making new highs and increasing their market capitalizations by the week with recent news of wider adoption.

As for DASH, the cryptocurrency recently got listed on Bitfinex, one of the largest exchange platforms in the world, it also got listed on crypto derivatives exchange BitMEX last month.

The Dash team has also been competing for space on bitcoin ATMs and signing partnerships with companies such as BlockPay for crypto point-of-sale payment integration.

Finally, we have seen new ICOs from innovative blockchain applications release tokens to fundraise, many of which are available for exchange through ShapeShift.

“Our average transaction size has risen to about $600 today, while six months ago it was $300.”

Below is a current table of the top 20 cryptocurrencies by market cap: 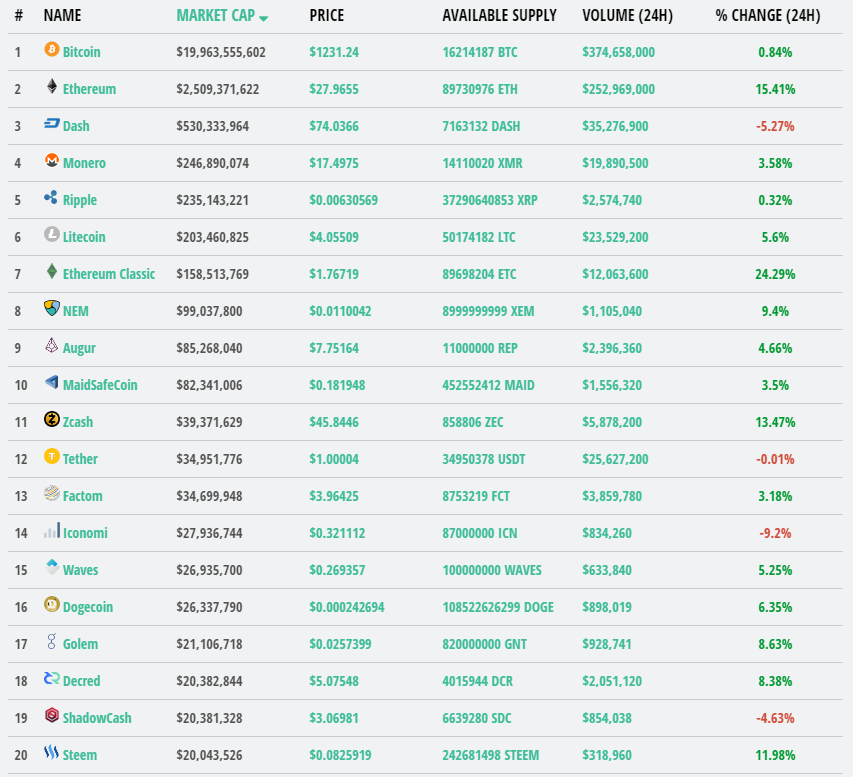 ShapeShift, the popular non-custodial cryptocurrency platform, announced today that it has begun dismantling its corporate structure and decentralizing governance to its users via its FOX token. In a multi-step process (beginning with the airdrop),...

ShapeShift, a non-custodial cryptocurrency exchange platform, today announced it has enabled cross-chain swaps via THORChain and Ethereum-based DEX trading on their web platform. These capabilities were previously made available on ShapeShift’s mobile app, and...