Home What Are Smart Contracts?

What Are Smart Contracts? 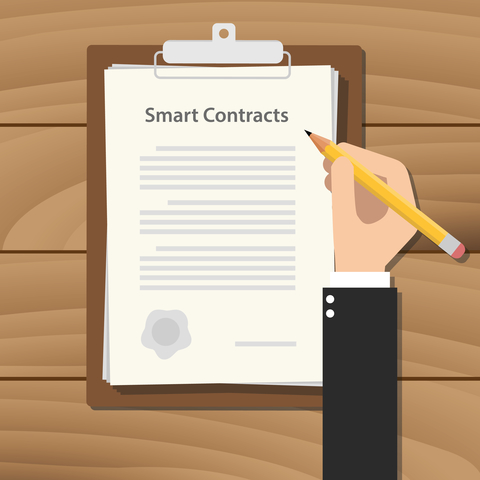 The principle of smart contracts was described by American cryptographer and programmer Nick Szabo back in 1996, long before the appearance of blockchain technology. According to Szabo’s conception, smart contracts are digital protocols for information transfer that use mathematical algorithms to automatically execute a transaction once the established conditions are met and that fully control the process. This definition, which was ahead of its time by over ten years, remains accurate to this day. However, in 1996 this conception could not be realized: at the time, the necessary technologies did not exist, particularly the distributed ledger.

In 2008, Bitcoin, the first cryptocurrency appeared, created on the basis of the revolutionary technology of blockchain, which previously lacked a decentralized ledger. The Bitcoin blockchain does not allow for conditions for concluding a transaction to be prescribed in a new block, as it only contains information on the transaction itself. Nonetheless, the technology’s appearance served as the impetus for developing smart contracts. Five years later, the blockchain platform Ethereum made it possible to use smart contracts in practice. Today the market offers many platforms that allow for the use of smart contracts, but Ethereum remains one of the most widespread.

How Do Smart Contracts Work?

Smart contracts are computer protocols or, to put it simpler, computer code. The code is used to enter all the terms of the contract concluded between the parties to the transaction into the blockchain. The participants’ obligations are given in the smart contract in “if-then” form (for example: “if Party A transfers money, then Party B hands over the rights to the apartment”). There can be two or more participants, and they can be individuals or organizations. Once the given conditions have been met, the smart contract independently executes the transaction and ensures that the agreement is adhered to.

Smart contracts allow for the exchange of money, goods, real estate, securities, and other assets. The contract is stored and replicated in a decentralized ledger in which information cannot be falsified or deleted. At the same time, data encryption ensures the anonymity of the parties to the agreement. An important feature of smart contracts is that they can operate only on the assets that are within their digital ecosystem. How to connect the virtual and real worlds is currently one of the primary difficulties of working with smart contracts. This is the reason for the existence of “oracles,” special programs that help the computer protocols retrieve the information they need from the real world.

· Speed – Processing documents by hand takes a lot of time and delays the completion of objectives. Smart contracts assume an automated process and in most cases do not require personal involvement, which saves valuable time.
· Independence – Smart contracts rule out the possibility for third-party interference The guarantee for the transaction is the program itself, which unlike middlemen will not give reason to doubt its integrity.
· Reliability – Data entered in the blockchain cannot be altered or destroyed. If one party to the transaction does not complete its obligations, the other will be protected by the conditions of the smart contract.
· No errors – The automated system for executing transactions and the removal of the human factor ensure high accuracy when executing contracts.
· Savings – Smart contracts can provide significant savings due to the elimination of expenses for middlemen and reduction of operational costs, as well as the opportunity for the parties to work together on more advantageous terms.

Despite their promising potential, smart contracts also have their disadvantages:

· Lack of regulation – The international legal field lacks the concepts of “blockchain,” “smart contract,” and “cryptocurrency.”
· Difficulty of implementation – Integrating smart contracts with elements of the real world often takes a lot of time, money, and effort.
· Impossibility of changing a smart contract – Paradoxically, one of the main pros of smart contracts can also be seen as a con. If the parties reach a more advantageous agreement or new factors arise, they will not be able to change the contract. For this reason, options for supplementary agreements need to be implemented as new blockchain platforms are developed.

A “technology first” regulatory framework for smart contracts has taken shape in Malta. The recently passed legislation made Malta the first country in the world to require jurisdictional certification of the quality of the Ethereum or Hyperledger software used by a company to issue smart contracts domestically.

Where Can Smart Contracts Be Used?

Smart contracts could change many fields. We can highlight a few industries in which smart contracts would be the most effective: