Cryptocurrency is a volatile market. What appears to be a catastrophic dip one day may turn out to be a major squandered chance to buy the dip the next. Given that 24 hours can feel like an eternity, a year can be life-changing. Bitcoin (BTC), Ethereum (ETH), and Binance Coin (BNB) all increased over 100%, 500%, and over 1000% in 2021, respectively.

Pre-sales of cryptocurrency are used to generate interest, buzz, and money for new crypto ventures. They normally last from a few weeks to a few months. Some presales serve as a successful launchpad for new cryptocurrencies, while many others go unnoticed. EOS (EOS) set the record for a presale in terms of both length and amount raised. It netted approximately $4 billion. The best example of what an early investment could do for you and your finances is Shiba Inu (SHIB). FIREPIN (FRPN) which like EOS is making waves in presale, will attempt to replicate EOS and Shiba Inu (SHIB). 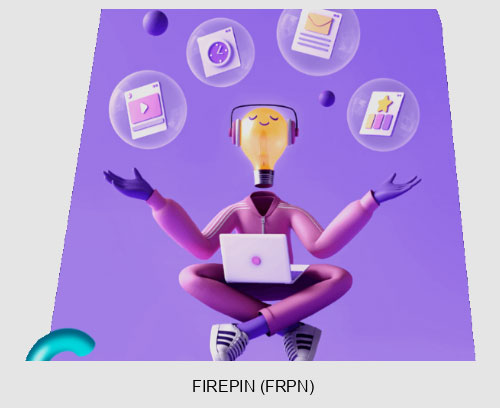 The $4 Billion Presale of EOS (EOS)

EOS held its presale in June 2017. EOS’s designers opted to extend their ICO for the better part of a year; 350 days. Every day, 2 million tokens were distributed. They were divided based on investment ratio rather than price alone. For example, someone who invested one Ethereum (ETH) may receive all two million EOS tokens on the same day, but only 200,000 EOS tokens the next day if ten others invested one ETH.

The EOS presale began with massive sales, lulled in the middle, and then skyrocketed near the end as hype mounted. Over the course of 350 days, a total of more than $4 billion was raised.

The value of EOS is that it allows developers to create dApps (Decentralised Apps) on its open-source platform. Its goal was to make blockchain technology more approachable, allowing programmers to more easily accept bitcoin and FinTech in general. When it comes to scalability, EOS has an advantage over several other prominent blockchains.

Shiba Inu (SHIB) is one of the most well-known cryptocurrencies. SHIB has the second highest market cap of any meme coins. The only project that beats it for size is Dogecoin (DOGE). Shiba Inu outperformed DOGE throughout the majority of last year and its percentage yield was far greater than that of its canine cousin.

From the beginning of 2021 to its peak in October, SHIB rose just over 74,000,000%. Investments of under $2 would have been enough to make millionaires. This, more than any other cryptocurrency, shows the value of investing early.

FIREPIN (FRPN) is a new release slated for launch on the 16th of April 2022. According to its creators, it will form a multi-chain bridge across 5 blockchains:

This utility gives users the ability to seek the best blockchain for their desired transaction and to find the lowest fees and fastest speeds depending on the congestion and gas fees on the respective networks.

FIREPIN’s presale began in February and there are 31 days remaining in Phase 1. Some analysts have predicted that FRPN will comfortably surpass the $0.0008 mark before its launch. What this would mean for presale investors, including those who have not yet got involved with FRPN, is healthy profits.