For those who are interested in Bitcoin mining, the most important question to ask is, “Is it profitable?” To start off, one must first know what Bitcoin mining entails and how to set up a mining facility.

Before a block is added onto a chain, a complex mathematical problem needs to be solved; and to solve this, a huge amount of computing power is required. This is where miners come in. They provide this computational power to solve the sophisticated algorithm in order for the new block to be validated and added onto the chain. It is a race against other miners to win the right to add a block onto the chain; hence, mining would need proper equipment that can solve these complex equations fast. 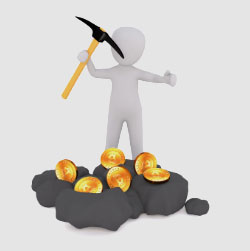 In order to become a profitable miner, the appropriate facility complete with powerful platforms and other hardware that can accommodate the computing ability needed to solve the equations is recommended. This takes a serious amount of money as one also needs to consider the electricity, maintenance and manpower costs.

There are single miners who do not have the proper equipment and choose to join a network mining pool. However, they earn considerably less than if they have their own facility. Others who cannot afford to put up their own facility also do cloud mining; they outsource mining in remote data centers. This is trickier. Aside from having lower profits, some service providers are unreliable and one does not really have control over the mining software because they do not have the hardware.

How Do Miners Earn?

In order for miners to keep and secure the Bitcoin blockchain, they are incentivized. The block reward system issues miners newly minted coins, as well as a fee for every completed transaction on the block. There are exactly 21 million coins that exist on the blockchain. The reward started at 50 coins and they continue to be halved every four years until all the 21 million coins are issued in 2040. Currently, 6.25 coins are awarded for every new block. 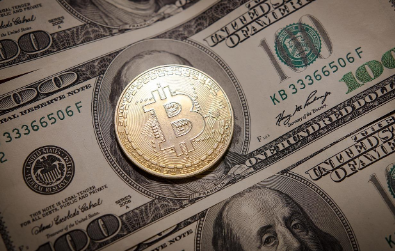 Bitcoin SV stands for Bitcoin Satoshi Vision, meaning it is the one that has reverted back to creator Satoshi Nakamoto’s original vision of Bitcoin being an extensively scalable network. What does this mean? It means that the larger the block size, the more transactions can be squeezed into a block. Bitcoin Core’s (BTC) block cap is at 1MB, while Bitcoin Cash (BCH) stopped at 32MB. Bitcoin SV (BSV), on the other hand, already saw a block-cap increase of 128MB. In two years, Bitcoin SV aims to increase its block cap to 2GB; and further into the future even 1TB.

Bitcoin SV, in staying true to Satoshi Nakamoto’s vision, is continuously scaling to meet bigger enterprises’ needs. This means bigger profits on a more stable and highly scalable network that can be sustained for the decades to come. So, is Bitcoin mining profitable considering the high upstart cost? With Bitcoin SV, yes, it will definitely be worthwhile.

MyCointainer, a platform for crypto staking, today announced closing its $6 million seed funding round. Co-leading the seed round was Mapleblock, Shima Capital, and Bybit, a popular crypto exchange. Additionally, a myriad of angel...