The Various Benefits of Cryptocurrency and Blockchain for Entertainment Businesses 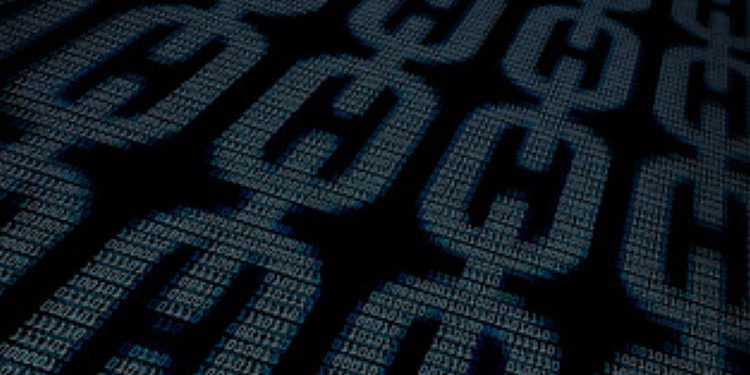 Technological advancements have been rapid in recent years and there have been many developments that are every bit completely ground-breaking! The disruption caused by the Internet has become the fundamental platform for many more amazing developments that are now taking the world by storm. Out of the latest technological innovations, cryptocurrencies and Blockchain have garnered phenomenal demand across the world today.

Blockchain technology is now used in various industries and the entertainment industry has also joined in the race with companies like Fight to Fame.

What is this Blockchain?

Blockchain is undoubtedly one such disruptive development that has caught global attention in recent times. And there are strong benefits of this technology that are undeniable. The popularity of this technology and the urge to know more about it is clearly evident from the fact that the keyword “Blockchain” has had a massive 250% growth in search over the internet in the USA alone over the past one year. (Source) And the technology is being implemented in many companies and corporations worldwide for improving business in all possible ways.

Blockchain is just what the name signifies; it is an automated record of blocks that are written securely but distributed over the network in nodes, just like a chain. The technique that has made this possible is cryptography which is the use of specific keys to ensure that the data are written is encrypted and is perfectly secure. It can be said that when it comes to financial matters, then way back in 2008 Bitcoin started the use of this method and in a way, the initiations of Blockchain happened.

Typically, Blockchain becomes more secure when the chain is longer and wider in the network. One more thing about Blockchain is that it is consensus-driven and thus all systems on the chain must mathematically agree to the proof of the result which is shared to them when a new entry is set to be made. Upon the agreement on the solution, the new entry is made in the chain lengthening the chain and making it more secure in the process.

What makes Blockchain so efficient?

The decentralization is the key to the strength and operation of Blockchain. The processes involved in the generation and maintenance of Blockchain make it efficient in many ways which include they are much easily auditable as each transaction is noted in an ordered manner indeterminately.

Traceability is easier which helps in the working of supply chains and efficiency is also much higher. With its typical process mechanism, Blockchain technology ensures transparency and security at the same time.

Last but not the least, Blockchain provides excellent feedback opportunities because the development of the Blockchain is accessible by developers and asset designers at every step of its lifecycle enabling them to get a clear understanding of the ways of the Blockchain.

Cryptocurrency can be defined as an extension of the principles of Blockchain in the economic aspect. Blockchain is essentially a ledger of transactions that are carried out using cryptocurrency.

Cryptocurrency transactions are pretty much like general transactions using traditional currencies. Here also, details of the sender, receiver, and the amount of the transaction along with the used currency need to be specified. Once a transaction is initiated and processed, the entry for the transaction happens in the ledger which is the Blockchain. However, cryptocurrency has the advantage of having the open-source code of the Blockchain, so it is possible to develop applications using that open source code to suit different business needs and regulations.

The history of cryptocurrency and Blockchain are intertwined and the beginning happened in 2008 following the global financial crisis because the financial crisis highlighted one big flaw in the financial systems at that time and this was centralization. Cryptocurrency with the use of Blockchain ledger systems decentralized its entire financial system. There was no need for intermediates now and users could make transactions among themselves in a secure manner and autonomously using peer-to-peer technology. Market risks of this financial system are available for reference to everyone unlike how the obscurity of the Lehman Brothers made it impossible to understand the risks.

What are the benefits of using cryptocurrency?

Cryptocurrencies have also provided a very particular set of benefits that have made it very preferable too. These benefits include –

Fight To Fame – Harnessing the power of Blockchain for business benefits

Considering the infinite advantages of Blockchain and cryptocurrency, new age organizations like Fight To Fame have designed effective strategies to leverage them for the media and sports business. Fight To Fame has come up with a unique and indeed revolutionary business model for the entertainment industry by combining Blockchain with sports and movies – Blockchain + Movies + Sports model. Those who strive to become famous through MMA and dream of becoming a movie star in Hollywood get a by competing in fighting championships held by Fight To Fame. People from across the globe can join the show if they pass the preliminary phases.

The show becomes a novelty through its use of Blockchain, crypto-tokens i.e. the FF Tokens and the way these tokens are supposed to be used by the fans and supporters of the show. Even the contestants are involved in the development of the popularity of cryptocurrency and its use, which in turn, makes the idea of using Blockchain more common and accessible to general people.

The FF Tokens have the potential to completely revolutionize the sports and entertainment industry. In fact, this exclusive and robust profit model has also attracted online casinos and inspired them to adopt crypto-tokens for offering a better viewership experience.

Fight To Fame observes that their fans and viewers can use FF Tokens and enjoy a highly efficient, highly liquid, transparent, and most importantly secure manner because of Blockchain technology that is used to run their shows.

It is needless to say that Fight To Fame has certainly got what it takes, to not only change the general perception of cryptocurrency and Blockchain but also transform the way businesses operate across the world when it comes to the entertainment industry.

It is needless to say that Blockchain and cryptocurrencies are beyond disruptive considering the tremendous benefits that they are bringing in to the global entertainment landscape. And Blockchain companies like Fight To Fame, with their novel business ideas, are really transforming dreams into reality. Firstly, they have brought into the mainstream, distant concepts like cryptocurrencies and Blockchain. But most significantly, Fight To Fame is striving to help realize the common man’s dreams by offering them an innovative platform to showcase their skills to the worldwide audience.