HTC and Midas Labs are bringing crypto mining to HTC Exodus blockchain-enabled mobile device users; who will be able to mine Monero (XMR) straight from their HTC EXODUS smartphone using the DeMiner app, developed by Midas Labs. The app will be available for download in Q2, 2020.

Phil Chen, Decentralized Chief Officer at HTC, says “The crypto world is under threat from the domination of the hashrate by giant mining pools. The most effective way to eliminate this problem is to make mining accessible for the masses, and that is through mobile. This app makes smartphone mining cost-efficient, which gives incentives to individual miners and helps to decentralize the network. This is the first step and being able to mine Monero, a privacy-centric token, which fits very well within the EXODUS vision.”

Monero (XMR), the privacy-centric cryptocurrency, adopted a new CPU-friendly algorithm called RandomX in November 2019. However, it is still not a cost-efficient way to mine on a desktop. According to Midas Labs, a typical laptop can mine XMR of equivalent to around $0.06 per day by burning 65W of power, which costs roughly $0.156 daily — a loss-making endeavor. 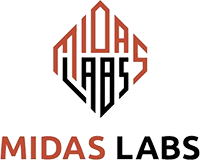 Dr. Jri Lee, founder, and CEO of Midas Labs and Professor at National Taiwan University, states: “We developed the DeMiner app such that a smartphone device will have a hashrate comparable to a desktop, while consuming much less power. This enables mobile devices to be suitable for cryptocurrency mining (in a plugged-in state) for the first time. Starting from open source frameworks we restructured and optimized mining for mobile. Midas Labs empowers EXODUS 1S users to mine at least $0.0038 of XMR per day on average, while the electricity cost is less than 50% of that. [2] Midas Labs will deepen the process of decentralization by providing hardware-related solutions for the mobile industry. Midas is excited to collaborate with Exodus to enable an even greater user-friendly environment for blockchain enthusiasts”

Decentralizing mining and increasing efficiency for everyone is an important goal of HTC EXODUS which aims to enhance blockchain security. Making mining cost-efficient on smartphones helps alleviate the problem of supply chain centralization and the lack of practicality for the masses to mine crypto. The ability to mine on mobile is an important breakthrough for the crypto community.

Midas Labs will focus on improving the mobile mining performance. The DeMiner app is designed to automatically inactivate mining whenever the phone is in regular use or when the charger is unplugged, removing the stress upon the phone’s normal operating standards.

Midas Labs also announced its seed funding round, led by Proof of Capital.

“I’m excited by our investment in Midas Labs as they apply world-class semiconductor design in the mobile mining space. Importantly, their team has a core value of furthering decentralization and creating a more inclusive monetary and financial system.”

HTC and Binance today announced a new collaborative EXODUS 1 smartphone; the EXODUS 1 - Binance Edition. The original EXODUS 1 device is the first smartphone built around blockchain features and allows users to...

Bitmark, a blockchain-powered property rights startup, announced today it has completed a $3 million Series A round of financing. HTC led the investment round with participation from existing and new investors Alibaba, WI Harper,...