How To Earn Crypto Assets and Rewards Through Staking & Mining? 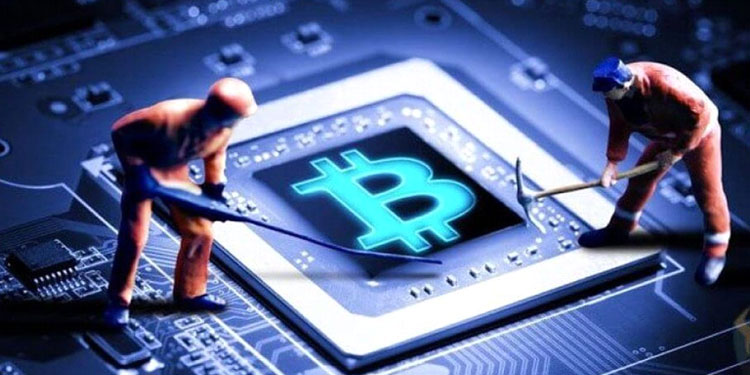 Earlier when Bitcoin was all over the place, Mining was considered a considerable and a viable option on the central processing unit on a regular basis. But gradually it was seen that many miners shifted to stronger versions of the general processing units, as and when the hash rate of the network increased.

Other necessary things to know

Ultimately, in consideration of the ever-increasing competition, it became an exclusive field for the players of the application-specific integrated circuits. These are basically the electronics that work with tailor directed chips that work in coordination of specific functions. This industry is believed to be very competitive.

It is also believed to be heavily controlled by professionals and corporations with known resources for the purpose of research and gradual development. It is funny and scary at the same time to think, or rather believe, that by the time the chips arrive in the industrial market for the purchasing reason, they take no time to already be termed outdated.

How to mine and earn?

Mining is also believed to use a lot of electricity, and that is from where it derives its Proof-of-work name source. Mining is basically used to solve complex mathematical equations on the computer of an individual. These, in turn, help the blocks of transactions to be validated. All the crypto assets need to be validated to be made present in the market, which is created under a protocol.

Firstly, one needs to decide on what one needs to mine on. High-end equipment is one important requirement of mining in Bitcoin. Other mining can be done on average systems. You needn’t worry about investing a zillion dollars to start.

A mining network can always be joined at whatever point of time. Working with a team of miners might as well be a good idea, but it is accompanied by the disadvantage of having to share your rewards. One can consider one of the following, which are the best available at this point of time:

What is Staking? It is always considered an alternative to mining, a less resource-intensive alternative of mining. It comprises performing numerous functions of the network and storing the funds in a wallet suitable for one and all this to receive rewards. A stake basically owes to token holding. It looks after the maintenance of the security of the functions of the network.

It is proof of stake name tags along. Staking coins gives certain control and decisive powers to the stakes on the network. This gives one the ability to generate or earn income and meanwhile also vote. This can be associated with investing in banks and letting one’s money be held in bank accounts.

The benefits of Staking

⦁ Staking is majorly associated with this one advantage, and that is that staking eliminates the need to consistently invest in expensive hardware and the never-ending consumption of energy.
⦁ This also gives it necessary returns and the source of income expected. This is great for when in other systems rewards are provided for through low probability random processes.
⦁ Staking also guarantees that the cryptocurrency coins on stake wouldn’t be subjected to depreciation as in other mining hardware and systems. Although, it may be subjected to certain fluctuations owing to the current market industry. This makes staking a complete fraud-free way to earn rewards. It is also considered eco-friendly as in saving energy and being efficient.

How and where to start?

This process can also be compared to that of winning a lottery in which the number of lottery tickets held is similar to that of the crypto coins held. These, in turn, provide for the voting rights to the stakes, with which the rewards can be comfortably and efficiently earned. Block validation is through which the rewards are earned. Then they just have to pay back in a way, their supporters in favor of their loyal voters.

After the project is presented on the market, trading of tokens can be made in return for coins and cash, and the most common and helpful of those tasks include: