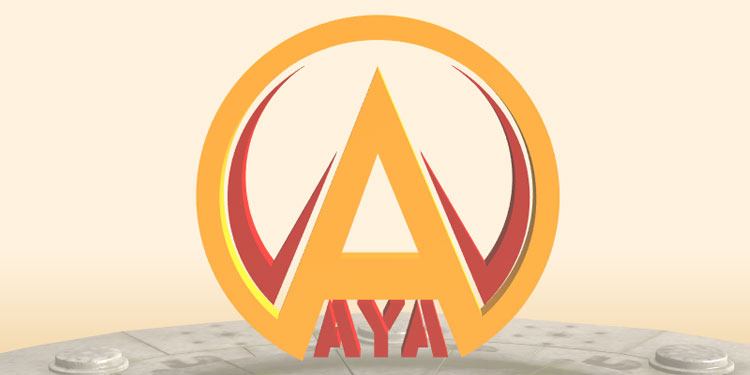 When a new digital currency appears, it is unlikely to make any headlines. Besides, more than 2,000 coins and Blockchain networks have been created and launched. Whilst most of the weak and corrupt ones, known as scams, went south during the crypto winter of 2018/2019 – it still remains relatively easy to create a cryptocurrency.

What is not easy, however, is to create a cryptocurrency that spawned from one of the most complex financial and political regimes in the world, Iran.

Yet in Aryacoin (AYA), a new cryptocurrency which has been created by a group of Iranian developers, is an altcoin which allows for decentralized, peer to peer transactions of electronic cash without any fees whatsoever. Along with the coin, there is a digital wallet that can be created and managed by the user entirely, with no control being retained by the Aryacoin team.

Aryacoin’s founder, Kiumars Parsa, has been a fan of alternative currencies and particularly Bitcoin for as long as he can remember.

“For Iranians, we have always had significant limitations on what we can do financially, especially the number of platforms which we can use to grow our money. There has always been a piece of the jigsaw missing. It was incredibly frustrating,” explained Parsa.

“We see people from all around the world using Blockchain technology and the great benefits that came with it and it then that I decided to solve this puzzle to find a way of bringing the last missing piece to the jigsaw. The idea for Aryacoin was born.”

That was in June 2018 and Parsa knew that he was swimming against the tide. Bitcoin was trading at a price of less than $7,000, crashing down from nearly $20,000 just six months earlier. Furthermore, no Iranian coin had ever been released and even mining or the buying and selling of cryptocurrencies are forbidden in Iran. Therefore, Parsa assembled his staff outside of the country.

He and his team of Iranian ex-pats not only persevered but expedited the project and just a year later, in the summer of 2019, the first version of Aryacoin was released. In 2020, Aryacoin is the first and only Iranian coin listed on CMC.

Parsa goes on to state that it is now the strength of the community that has invested in the coin that will ultimately drive its success, alongside its robust technology and appealing 0% network fees.

“We have thousands of voices behind Aryacoin. This coin is made by people for the people. It is a massive shout out for democracy. This had made us base the whole team strategy on the benefits for both our users and our traders.

“One key example is that the network fee on AYA Blockchain is 0%. Yes, absolutely nothing, which differentiates us from other networks. What also differentiates us from other coins is that we have AYAPAY which is the first cryptocurrency Gateway in the world that does not save funds on third party storage with all funds being forwarded directly to any wallet address that the Gateway owner requests.

“So for the first time ever, and unlike other gateways, incoming funds will be saved on the users account with submitted withdrawal requests then made on the Gateway host website. In AYAPAY which has also been developed by the Aryacoin team, all funds without extra fees or extra costs will directly be forwarded to users’ wallets. We have named this technology as CloudWithdrawal.

“We are continuously challenging ourselves as it is a crowded marketplace. We are striving to have a safer Blockchain against 51% attacks, faster confirmations speeds of transactions, cheaper network fee, growing the market by cooperation with Top tier Exchangers.”

And what about the challenges ahead for Parsa and his team?

“Aryacoin is moving POW (Proof Of Work) to DPOW (Delayed Proof Of Work) which enhances the security of standard Proof of work algorithm. Traditional Proof of work algorithms use computing power to keep itself secure and allow the Blockchain to be purely decentralized, but if a large portion of that computing power is owned by a single entity then the security of the chain is threatened. This is what we were dealing with Aryacoin, which lead us to consider DPOW instead of POW.

“Delayed proof of work adds up another layer of security over traditional proof of work Blockchains which have low network hash rates by allowing the Blockchain to use another chain that has high and distributed hash rates, in our case its Bitcoin. Bitcoin is the largest Blockchain has a huge and distributed network hash rate, which also makes it one of the most secure Blockchain networks to exist as it is practically and economically not possible to own more than 51% of the Bitcoin’s network. Which makes it the perfect candidate for this type of infrastructure.”

The diligence of the team and the coin is what should separate Aryacoin from those that have tried and failed before them and they are now working towards their next milestone, which is the Hardfork Aryacoin (Hamedan Hardfork) before launching AYAPAY – Aryacoin unique cryptocurrency Gateway which supporting Aryacoin, Bitcoin, Dogecoin, Litecoin and all including with CloudWithdrawal Technology.

Also, coming out later in the year is ARYANA- the unique Aryacoin trading platform allowing traders to earn AYA on each trade and trading with pairs of AYA which will not be charged by any fees.