Authored by the team of Electis, a non-profit whose core purpose is to help bettering our democratic systems by promoting the best usage of technologies (Tech for Democracy), with a specific focus on electoral processes which are at the core of democratic life... 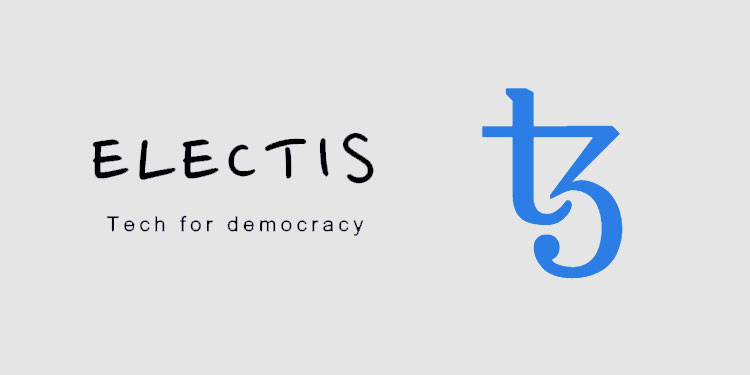 New technology is impacting our lives in many aspects, it’s changing the way we communicate, get our news and information and therefore, it is influencing our political opinions and choices.

But the political system itself is very slow adapting to new technological solutions, which is especially visible when it comes to voting. In most countries, elections are still held in the same way they have been for hundreds of years, with pen and paper, in a voting booth and centrally organized from the local authorities.

Electronic voting is already possible and technologies are being used and tested in many forms — from e-voting machines in national elections to remote voting apps on mobile phones for shareholder voting in private companies. When it comes to e-voting, many issues have to be addressed such as the security of the software, protection against hacking as well as making sure all votes are authorized and anonymous.

Electis is a non-profit, community-based organization that is dedicating itself to the goal of exploring all these kinds of technologies to push for safe e-voting solutions and other technologies to strengthen democracy while at the same time keeping it safe, transparent and making it accessible to everyone. Electis is itself organizing electoral projects and connects each project with a suitable e-voting solution — from centralized to decentralized to distributed systems.

Why we are developing and testing blockchain voting with universities?

As trust in the system is central in any election, it is important to have citizens engaged in these projects and try new technologies, in settings that are low-stake and open to academia and public.

This is why Electis is now going forward with its first voting project based on a blockchain: the “Cross-university vote project”, an impartial, international and academic project in cooperation with universities, students and scientists. An open-source voting platform is being developed by a group of blockchain and e-voting experts and with the involvement of students. The goal is more than the development of another e-voting application: it is to prove the suitability of blockchain for secure e-voting in principles. It will be tested in cooperation with a network of universities worldwide to provide visibility, scientific scrutiny and bring safe e-voting to academic institutions all over the globe.

Electis is aiming to build a platform that connects universities to be able to organize cross-university votes and to provide an international platform for academics but also to be used for institutions to hold regular, internal student elections.

The core of participating universities is already mobilized and ready to jump into the first phase of the project. Electis is inviting more universities to get on board for the initial proof-of-concept vote, which is to be held in autumn 2020.

The academics and the technology

The university voting application will be implemented on Tezos, an open-source platform. What makes Tezos so suitable for a democratic e-voting tool is the on-chain governance model that is integrated into the blockchain. It is capable of amending its own sets of rules through a proof-of-stake based consensus model. This means that all stakeholders participate in network upgrades by evaluation, proposing, or approving amendments.

The development team is led by two institutions, the University of Edinburgh and the Polytechnique in Paris.

Myrto Arapnis, Ph.D., (University of Edinburg) is focusing on the verification of cryptographic protocols. Foundations for electronic systems with respect to users’ security and privacy has been the center of her research. She is particularly interested in applications for mobile telephony, statistical databases and — what puts her in the heart of the university voting project — e-voting. She developed the E-cclesia protocol to be implemented in the project.

Julien Prat, Ph.D., is a research director at the center for research in economics and statistics, as well as the head of the Blockchain department “Blockchains and B2B” of the Polytechnique in Paris where he teaches blockchain and recursive methods.

The team around Myrto and Julien will be working together with students of the participating universities to implement the E-clessia protocol on Tezos.​​​​​​​

News in the world of Blockchain voting

West Virginia has just announced it will be expanding its use of e-voting in the 2020 presidential election. The deployment will still be very limited and only available for disabled voters, but it’s nevertheless an ambitious move that is attracting attention and criticism.

As in the 2018 election, when overseas military personal was already allowed to vote per app, West Virginia has partnered with the company “Voaz” that is relying on a distributed ledger technology system (DLT). In expanding its use of the voting app, the West Virginia election will be one of the first large scale trials using Voaz in a governmental election.

Decentralized e-voting solutions are particularly interesting as they can offer solutions to problems such as verifiability and security. Voters can verify that their vote has been handled fairly and correctly — no dedicated institution or officials have to be trusted to tally the votes.

Assuming a specific e-voting solution — such as Voaz in the example above — is secure and functioning: how to ensure widespread trust in the security and legitimacy of that voting system?

A good example of the importance of trust is again the US. After the Iowa caucus, newspapers are publishing articles about the failures in tallying and publishing caucus results. The problems of the app used during the caucus have little to do with the coming general election and its voting technology, but the media coverage is nevertheless contributing to the erosion of trust.

An e-voting system must inspire broad public confidence and has to be understood by the broader public. Trust is crucial to the mainstream acceptability of e-voting for future elections.