With the launch of Polyient Games, Polyient is fully positioned to support and expand the blockchain-gaming industry...

Polyient Games is an open, collaborative gaming environment designed to support all constituents in the gaming universe – investors, developers, and gamers.

“The blockchain community rejects ‘closed’ systems,” says Brad Robertson, Polyient CEO. “In that spirit, Polyient Games offers a completely open system where developers can build new games, investors can uncover new opportunities and players can experience blockchain gaming – even if they’ve never interacted with a blockchain-based game in the past.”

Being chain-agonistic, Polyient Games is not tied to any one specific blockchain network. This means the success of future Polyient-related projects and investments will not be linked to any single technology. Instead, growth will be driven by social interaction.

Launching Polyient Games marks the latest step in Polyient Labs’ continued progression into the gaming, NFT, and digital-collectible sectors. In early February, Polyient announced it was incubating Cargo – digital marketplace and warehouse where users can create, store and sell NFTs on the Ethereum blockchain. Since then, Polyient invested in NYC-based Blockade Games, a blockchain game development studio.

To support gaming startups as well as organizations exploring new opportunities in and around non-fungible tokens (NFTs), Polyient Games will also include a funding arm. 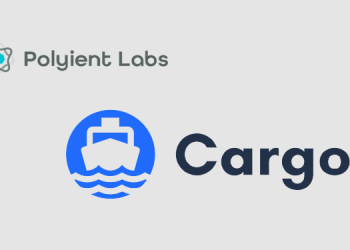