ACCESS, the Singapore Cryptocurrency and Blockchain Industry Association, promotes and protects the use and development of digital currencies and blockchain technologies...

This makes ACCESS the world’s first association to officially implement a blockchain technology solution for on-premise voting beyond a pilot phase, in a live environment for attending members.

Developed by ACCESS member JEDTrade, an enterprise blockchain technology solutions provider, the blockchain voting solution uses the Ethereum blockchain and Metamask as the Ethereum wallet to interact with the blockchain. The solution aims to increase transparency in the voting process, protect member anonymity in vote casting, and prevent double voting.

Blockchain voting during the ACCESS AGM was executed based on the following process: members place their votes for future appointment holders and agenda items on a blockchain, utilizing the advantages of blockchain technology such as immutability, transparency, and traceability. In addition, anonymity is established through the disconnection between members and their vote, hence a vote cannot be traced back to its originator.

A list of voting codes are randomly generated, hashed and stored in a Code Management Smart Contract, before physical copies are printed as a QR code and randomly distributed to members upon registration at the AGM. It is important to emphasize that the codes are linked to neither voters nor their votes, providing anonymity.

The ability to track the hashed codes on the blockchain helps improve the efficiency in verifying authentic votes based on the voting rights assigned, reducing voting errors and fraud. 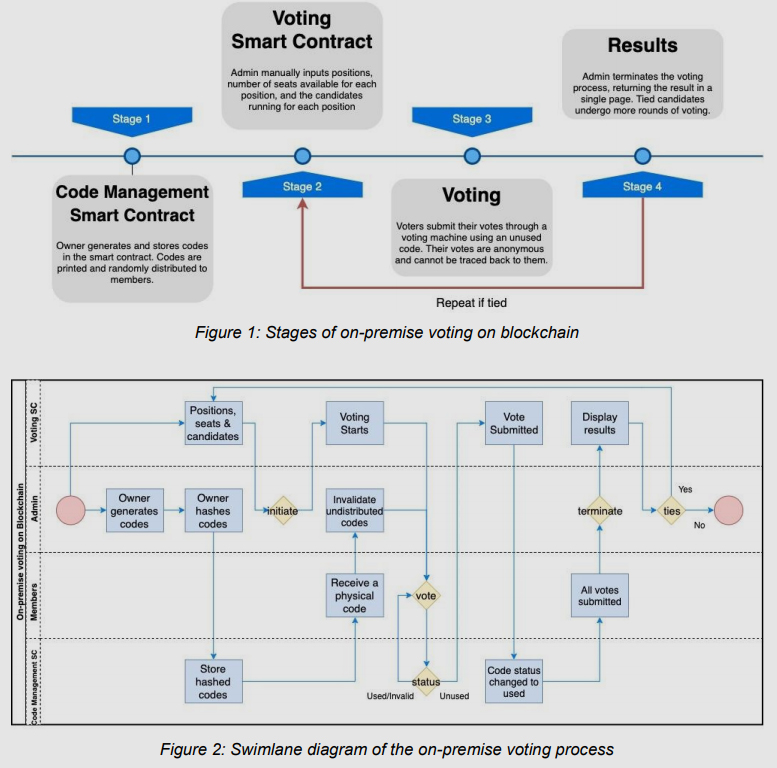 “ACCESS is proud to be the first association in the world to carry out the first on-premise blockchain voting with JEDTrade and our members at our AGM. The blockchain voting process helps uphold the true values of democratic voting in ensuring authentic votes are being legitimately accounted for with a transparent audit trail. We are seeing the future of corporate governance through the implementation of blockchain technology starting with our most important corporate governance event, our AGM.”
– Mr. Anson Zeall, Chairman of ACCESS

“JEDTrade is happy to have supported ACCESS for their AGM. The on-premise requirement meant that we needed an effective approach. We are proud to have successfully deployed this unique use case and provide ACCESS members with a smooth and transparent voting process.”
– Dr. Ernie Teo, Chief Executive Officer of JEDTrade

Nervos, a collection of protocols and public blockchain network, today announced the launch of a new cross-chain bridge with Binance Smart Chain (BSC), growing its multi-chain strategy as the network seeks to expand its...