From Bitcoin To SynchroBitcoin: The Evolution of Blockchain Technology 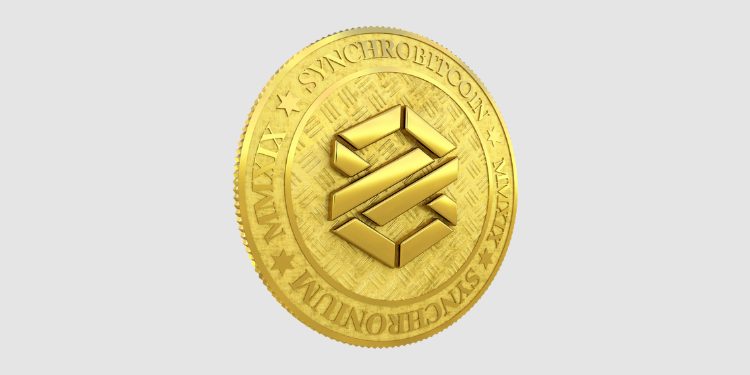 The invention of currency or money was meant to act as a bridge between people who want to exchange goods and services. Currency is a medium of exchange that holds a perceived value among users. It is, in fact, perceived to be so valuable that people are willing to trade it for many different commodities.

The money that is used in all countries today is called Fiat currency. At one time, currencies like the US dollar were backed by a gold standard, but today currencies are mere representations of value – paper bills and coins. They only have worth if people demand them as a representation of value, but that is a story for another time.

The most important feature of cryptocurrencies is that these currencies are not controlled by any central authority. These digital currencies can be sent directly between two parties in peer-to-peer transactions, without a central bank, via the use of public and private keys.

Bitcoin was the brainchild of unknown inventor Satoshi Nakamoto. Nakamoto released a whitepaper on the blockchain-based Bitcoin currency in 2008 simultaneously solving the elusive double-spend problem and the birth of cryptocurrencies was upon us. Satoshi released Bitcoin in 2009.  His smart contract consensus protocol allowed two entities to confidently trade directly with one another, without the need to rely on intermediaries such as banks.

Cryptocurrency usage has exploded since Bitcoin’s release. At any given time, hundreds of cryptocurrencies trade actively. Released in 2010, Litecoin uses the same basic structure as Bitcoin. Ripple followed in 2012. Ethereum was launched in 2015 which made some noteworthy improvements on Bitcoin’s basic architecture. It marked the beginning of an era where a rain of new cryptocurrencies was introduced. Many cryptocurrencies came into existence such as Dogecoin, Coinye, XRP, Tether, Huobi token, Zcash, EOS, Binance coin, and so on. Recently, the token of SynchroBit™, the SynchroBitcoin has made its entry into the cryptocurrency market. It has many unique features that are leading the way for new cryptocurrency smart contract design.

SynchroBitcoin (SNB) is an official token of the SynchroBit™ digital assets hybrid trading platform which plays the role of the native monetary system of a blockchain-based ecosystem developed by SYNCHRONIUM®. The SNB token is an ERC-20 token with leading-edge smart contract functions which enable the holders to benefit from its functionalities on all SYNCHRONIUM® ecosystem platforms. The SNB token will be integrated into the SynchroBit platform and will work as the primary payment option for paying any fees, including trading fees. Due to its extended functionalities on the SynchroBit platform and its integration with the other partner platforms, the number of use cases for the SNB token has been continually increasing.

The SNB token is accepted by a wide range of partner exchanges including Tidex, BTC-Alpha, LiveCoin, whiteBIT, IXX, Catex, YObit, Coinsbit, Coinlim, Mercatox, Crex24, Alterdice, Atomars, Sistemkoin, Simex, etc. which are among the reputable exchanges in the market with high liquidity and volumes.

The SNB token will be available for trade on major ETH decentralized exchanges as well. Also, SynchroBit will be conducting the 1st round of its IEO on beginning on the 19th December 2019 with some of the world’s leading listing exchanges, including IDCM, ProBit, Livecoin, P2PB2B, ShortEx.

The SNB token as the native monetary system of SynchroBit™ and provides the users with a zero trading fees opportunity to trade all kinds of other cryptocurrencies without any hidden fees. With listings on more than 20 major exchanges, SNB plays a significant role in the cryptocurrency ecosystem.

SYNCHRONIUM® is providing solutions to companies, governments, and financial institutions around the world.  Look for new innovations from the SYNCHRONIUM® team and their diversified platforms bringing advantages of blockchain technologies and innovations to real life and business applications.