Why is Centrality in the top 50 on CoinMarketCap? 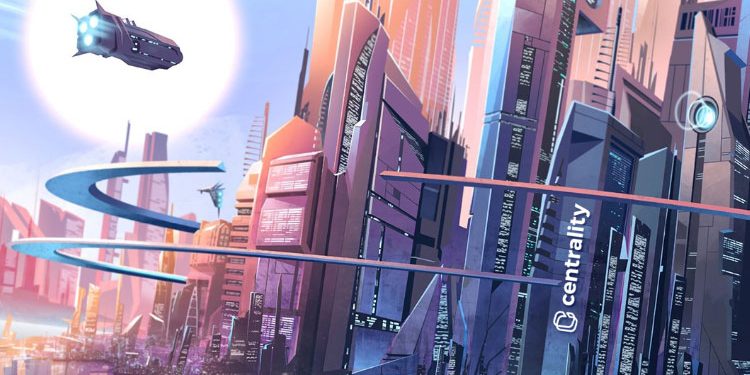 Before we move on and get to the specifics, it is important to have a bit of an overview. A couple of months back, people were discussing what blockchain is, but this year, its adoption has become so mainstream that the same people are now talking about what it does. Of course, the change is significant and so are the demands within the blockchain industry. Most of the ventures have started evolving from beta phases into tangible products being used by a wide variety of clients. Therefore, it is now imminent to roll out the solutions in order to automate the back-end related stuff (we will talk about it later).

In this article, we will explore how Centrality, a blockchain-based venture,has secured a decent position among the top 50 projects on CoinMarketCap after just over a year of its registration.

Regardless of the fact that blockchain happens to be a revolutionary technology which brings a great deal of centralization and security to the concerned venture, it is quite difficult for SMEs and newbie developer to pursue it in many cases. Furthermore, since the availability of blockchain- related help is quite scanty on the internet, the community is still in its early stages, trying to get a stronghold.

In short, they provide a comprehensive ‘community-like’ experience to all the budding blockchain ventures. The entire focus of centrality is to facilitate startups throughout the lifecycle. In order to understand the concept better, it is good to think of Centrality as a ‘node’ on blockchain’s canvas that allows all other businesses to connect and communicate with each other. As a result, it becomes easier to extend the collaboration while boosting the overall output of each organization.

Centrality markets itself on a very powerful notion – there is no way an idea or a business could thrive with the help of a single technology as they do need to transform the traditional economic model running at their core in order to make a considerable difference. Moreover, their ecosystem also addresses the problem of ‘consolidation’ where powerful leaders in the industry offer an all-in-one solution, but are extremely centralized and concentrated in nature.

It is worth noticing that Centrality allows entrepreneurs and developers to make use of their extensive app library and an array of generic services that can be used to create DApps. One of the most fascinating features is that they follow a component-based architecture, thus ensuring that every venture, regardless of the niche, can integrate with the ecosystem and avail its services. Furthermore, it also allows the developers to enjoy enhanced flexibility while incorporating a standardized ‘feel’ or rather UI across all Centrality-dependent DApps.

Now that you have got a taste of their offerings, let’s talk about the hardcore (and salient) technology they use to provide the entire feasibility.

It is worth noticing that Centrality’s consortium chain runs on the principle of Ethereum’s blockchain, however, they have improved the overall efficiency of the network. For instance:

It is quite interesting that the team has keenly considered that some services offered by the developers in their applications are not suited to run in a DApp-only environment. Therefore, Centrality allows every service to have its dedicated public and private keys. Thus, entitling each service (on its own) to interact with Centrality’s mainchain and perform the read and write operations.

At the time of project registration at Centrality, they encourage the entrepreneurs to launch their native tokens as well. This may seem ordinary in the beginning, but it plays a pivotal role when a project decides to swap from Centrality’s consortium chain to the app’s Mainchain.

Please note that these tokens are created on the ERC20 protocol, thus favoring their compatibility with the Ethereum network.

In short, this feature allows the users to access their non-blockchain apps while utilizing the login credentials of the respective blockchain profile. Tough, right?

Well, as soon as a user register on the network, an ETH address is generated which acts as his ID on the network and serves as his primary login credential across the ecosystem. Once the user creates a profile, a smart contract will store all the details and the user will own exclusive rights to their personal data.

Here comes the interesting part – whenever the user decides to access an application, they just have to click the onboard button and the application will automatically fetch the profile details from the smart contract.

As the name suggests, it happens to be a multicurrency wallet, supporting both, cryptocurrencies and fiat. Thus, enabling a business to expand its outreach to a wider customer base.

It is also worth noticing that this wallet facilitates account owners to use the funds regularly on the platform (like any other crypto account), or embed it inside a DApp.

As of yet, data on the blockchain is quite a lot, but oftentimes, it is not meaningful. Even if we try to do an analysis, it takes plenty of time. However, Centrality offers a Big Data Engine which harnesses the power of robust techs, including ML, AI, and Data Analytics to fetch the data from the chain and offer meaningful insights to the users.

Centrality has provided an SDK that facilitates the users to navigate from one app to another without accessing the app store every time. It ensures that the interface among all apps is common and the end-users do not have to spend a lot of time understanding the usability of each app before finally exploring the features.

Apart from just acting as a hub where users can download and use different apps, Centrality’s marketplace also aims to bridge up the industrial gap as different app developers will be able to extend the feasibilities in their apps to other developers. For instance, just to clue you in, a connection could be established between an Uber-like and a Foodpanda-type application in order to lure in more customers, which happens to be the end goal for both parties.

Applications cannot be integrated or linked with each other if their flow is not synchronized. Therefore, in order to control the flow, Centrality’s SDK will enable each application to provide a complete sequence as to where they want the user to be redirected in another app after hitting a button in the current application.

Trusting someone is very difficult these days and Centrality understands it pretty well. Therefore, in order to inculcate trust among the members, they have enabled ‘digital agreements’, formally known as smart contracts, which basically facilitate the app developers and businesses to get into a professional relationship/agreement with one another.

Please note that the entire process is handled through blockchain,therefore it is impossible to nullify or change the contents of the agreement, whatsoever.

It is worth mentioning the Centrality provides a couple of standard contract templates by default, but custom contracts can also be generated as per the requirements.

For a venture this young, Centrality is doing pretty good in terms of platform adoption and acceptability in the market. In just 6 months after the launch, their first phase was rolled out in the market which allowed Centrality to partner with 10+ applications, thus earning a decent stake as well. It is worth noticing that collectively, all of these ventures raise several millions of dollars.

Secondly, another noticeable factor is that in the pre-sale phase, they bagged well over 40K ETH in funding which is a pretty decent indicator of their widespread popularity and commendation.

It is also worth noticing that they have formed alliances with top-notch blockchain companies, including Blockhaus AG and Singular DTV and the New Zealand government has also provided them a grant for 3 years, that values at about $15m.

Therefore, it is pretty evident that Centrality has hit an array of milestones in a very short span and they do have strong reasons to be in the top 10 projects at CoinMarketCap.

Given the rationality of their platform, it is quite safe to say that in a couple of years, they might experience exponential growth in popularity and offer strong competition to the likes of AWS and Azure.