Is Bitcoin Headed For Another Bear Market? 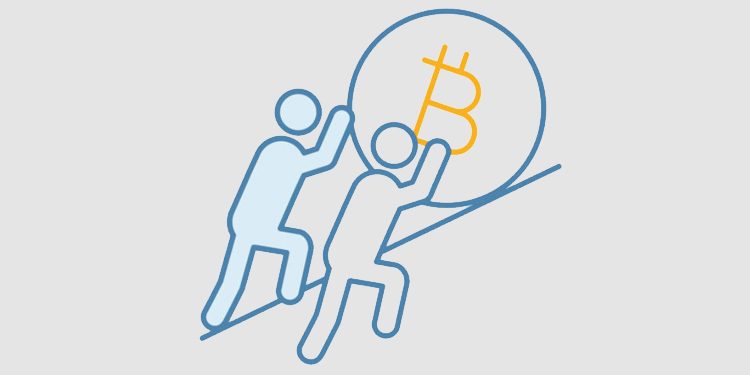 The Bitcoin bear market of 2018 was a painful reality check for many investors. Bitcoin prices cratered from a high of $ 19,000 to about $3,200 in December 2018. This spectacular decline dampened optimism after Bitcoin’s remarkable growth the previous year. Fortunately, 2019 has seen significant gains for Bitcoin investors, with prices moving past the $13k mark in June. After such a torrid period, it was fair to assume that such resilience would endure and that it reflects Bitcoin’s maturity.

In general, the blockchain is still a dynamic and developing industry. Blockchain technology seems to have taken a life of its own, attracting mainstream uses, even for governments. Ethereum smart contracts are facilitating widespread disruption across different sectors. Still, Bitcoin is the dominant superpower among cryptocurrencies. With a market dominance of about 66%, it will take a while for its position to even come under threat. This dominance is why investors track Bitcoin prices keenly to assess general confidence.

Crypto exchanges are conducting billions of dollars in Bitcoin transactions daily. If you are looking to trade BTC to the US dollar, for instance, you have an easy time doing it. What most investors are looking for is how Bitcoin will fare in the near future before making market moves.

Gains from Mid-2019 Wearing Off

Bitcoin spot prices have doubled since the start of the year. This appreciation would make it one of the best performing assets around. However, Bitcoin prices, which are currently about $8,100 are significantly below the highs of $13,000 in June.  With prices down 40% from year highs at press time, some investors are getting nerves over whether this asset will rally again before the end of the year.

This decline is partly due to a lack of new developments in Bitcoin that can spur prices further. Furthermore, concerns of a regulatory crackdown in China make investors wary of how this important market will pan out.

Even though China’s government has signaled its intentions to capitalize on blockchain technology, it is still a strict jurisdiction for crypto. China was the first major economy to ban ICOs, and later placed restrictions on crypto commerce. Part of this could be because China’s political system is very centralized, and Bitcoin represents the complete antithesis of that.

Regulators in China issued a notice that every district in China must inspect crypto exchanges before Nov 22. The Shanghai government’s finance bureau, which liaises with the People’s Bank of China, will lead these efforts.

On the other hand, Chinese social media giant, Weibo, has banned users from publishing posts that contain the words “blockchain” and “crypto trading” at the same time. This ban adds to concerns that China still wants to place a tight leash on cryptocurrency as a whole. Blockchain technology is an inevitable force, and this could be why the Bank of China is researching distributed ledger technologies. However, there is no light at the end of the tunnel for Bitcoin trading just yet.

Is Bitcoin (BTC) Heading For A Bear Market?

Bitcoin investments can have a tremendous upside is the timing is excellent. This fact makes investors very interested in Bitcoin’s future prices. Incidentally, Bitcoin has fast earned a reputation as a real asset rather than being primarily an asset.

Given the price declines in the past couple of months, it is fair to claim that investor enthusiasm is lower. The lack of new positive developments surrounding Bitcoin has made investors reluctant to engage the world’s largest crypto. Notwithstanding, the fact that prices are down is still the bottom-line for this period.

Accordingly, many are wondering whether the markets are on the cusp of another Bitcoin bear market or that this is simply a correction that will pass. An important indicator, a recent long-term bear crossover of the 100 and 200-day moving averages (MAs), reflects these concerns.

Those who have been around Bitcoin for a considerable amount of time know better than to panic over such market upheaval. Bitcoin has had some torrid cycles even before the bear market of 2019. It is simply part of its repertoire as a maturing asset. Therefore, it is not proper to jump on any Bitcoin slump as a doomsday warning, just like it wouldn’t be wise to hop onto a market rally as a sign of a prolonged bull run.

Instead, if you are looking to make investments in crypto, it is essential to do your research. Bitcoin prices move on news and important coin developments. Indeed, Bitcoin could still possibly drop lower in the short-term. However, the big picture is that momentary cycles should not influence long-term decision making for investors.  The halving of Bitcoin, which could happen mid-2020, can be a needed boost in for Bitcoin. All in all, Bitcoin will be here for the long-term, and investors have to make informed decisions devoid of emotion.