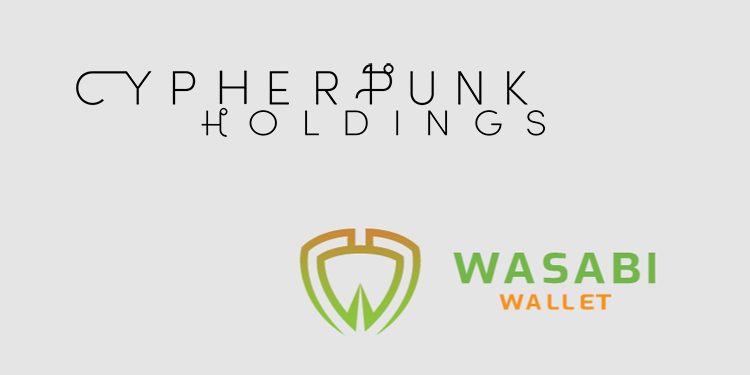 Cypherpunk, a company investing in technologies and protocols that enhance privacy, announced today that it has completed an equity investment in zkSnacks, whose products include the bitcoin (BTC) based Wasabi Wallet.

Under the terms of the transaction, Cypherpunk acquired ordinary shares of zkSnacks representing 4.5% of the company’s issued and outstanding ordinary shares, for an aggregate purchase price of $337,500.

“It’s taken a lot of work and several months to get this deal over the line, so I would like to both thank and congratulate everyone involved. We have been most impressed with the Wasabi product and with the growth zkSnacks has displayed. We also believe its role in restoring fungibility to bitcoin will be vital. We are very excited to be coming on board as shareholders and participating in the continuing growth of zkSnacks.”
– Cypherpunk Holdings, President and CEO, Dominic Frisby

Cypherpunk’s strategy is to make targeted investments in businesses and assets with strong privacy, often within the blockchain ecosystem, including select cryptocurrencies. Common shares of Cypherpunk’s trade on the Canadian Securities Exchange under the symbol HODL.

“In Cypherpunk Holdings, we believe we have found not only an investor, but a strategic partner with whom we share common interests and goals regarding privacy. We are looking forward to participating together as we continue to grow the business of zkSnacks.”
– ZkSnacks CEO, Bálint Harmat