Crypto and blockchain jobs are growing in popularity, research shows 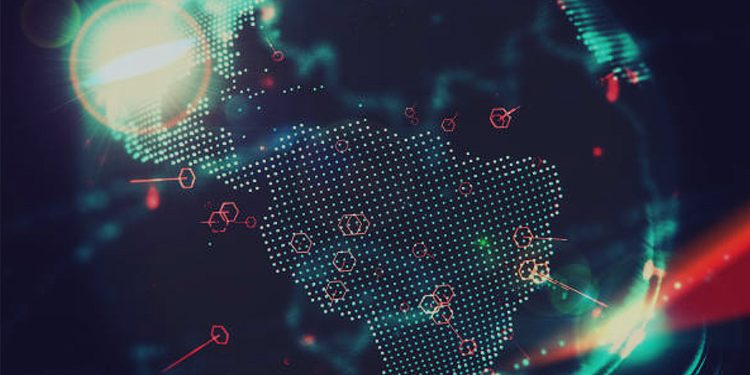 Are you tired of your boring 9-to-5 job at the office and look for a more exciting opportunity? Here’s the good news: the blockchain and cryptocurrency sector jobs have increased by 26% according to recent research conducted by Seen by Indeed.

It seems that the amount of bitcoin, blockchain, and crypto related-job ads have increased on the famous job site by 26% since 2018. Also, according to the research, the 3 most reputable companies that offered blockchain and crypto-related jobs were IBM, Deloitte, and Accenture.

Moreover, apart from those companies from the list who actually operate as reputable crypto and blockchain companies, there are also major corporations and banks which activity isn’t usually linked with crypto such as JPMorgan Chase.

In the context of the price growth of Bitcoin this year from $3,400 in February to $12,689 in June, the labor markets of cryptocurrencies and blockchain have also experienced a growth themselves.

Blockchain experts are in high demand

One of the aspects that contributed to the increase of blockchain job ads is the fact that blockchain experts are now needed more than ever. A report from the world’s most popular freelance network, Upwork, shows that blockchain technology skills represent the top specialty for which demand has grown as the fastest pace last year.  Moreover, the international recruiting company Hired also claims that the demand for blockchain engineers has increased by 517% since last year worldwide.

However, despite the fact that the demand for blockchain experts is growing at a fast pace, it seems that there are still not enough specialists in this field. Data from LinkedIn, the global job search site, shows that unoccupied job positions on the site haven’t decreased since the end of 2018 but has rather increased by 2 percent.

Surprisingly, although the blockchain and crypto industries offer more vacancies than ever before, job searches have dropped by 53 percent over the same timeline. It is also surprising due to the fact that since the number of vacancies is growing rapidly, disclosed salaries also seem to be more and more attractive ranging from $17k up to $271k per year.

Experts believe that the reason why these two industries still can’t find enough specialists is that people fear the instability of the markets. Enthusiasm among job hunters for these sector-specific jobs was at its best in 2017 when the bitcoin’s price has reached the highest price it has ever had until now which was around $20,000. However, since then, the price has gradually gone lower and lower causing a lot of controversy among crypto and blockchain specialists, be it investors, experts, or brokers. So, we could say that there is a direct correlation between Bitcoin price value and the number of job seekers interested in the crypto and blockchain industries.

Among the sector-related job ads, the top 5 most demanded jobs over this past year were software engineer, senior software engineer, software architect, full-stack developer, and front-end developer. So, it seems that the primary demands for the industries of crypto and blockchain don’t necessarily involve experts for trading or investing but rather experts in programming.

According to the research from Seen by Indeed, about half of the employees that are currently working in the blockchain industry are also working at cryptocurrency exchanges. When added into the foreign exchange market, cryptocurrencies add a fascinating new dimension to currency trading.

So, there is no surprise that many FX brokers offer Bitcoin for online trading which also contributes to increasing job ads in the crypto industry. Unlike in the case of trading traditional currencies, cryptocurrency trading works on the blockchain technology platform for a number of uses. And, Bitcoin is the number one most traded cryptocurrency globally.

Number of employers is growing rapidly

It would be silly not to mention that the number one reason why crypto and blockchain job offerings are growing is the fact that the number of employers is also growing at a rapid pace. Blockchain and cryptocurrencies are both two movements that have taken the business landscape by storm. So, it isn’t a surprise that global investments for blockchain solutions are expected to grow from 1.5 billion as it was a year ago to 11.7 billion by the year 2022.

Worldwide companies, no matter their industry or size are all rushing to adapt their processes to this newest and most innovative technology called the blockchain phenomenon. Also, despite the quite unstable and strongly dependent on the market prices of cryptocurrencies, the market has grown so much over the last several years that it has reached an average number of 328,000 transactions worldwide every day.

That being said, it is no surprise that employers continue to ride the wave of these two movements. For example, Mark Zuckerberg, the famous founder of Facebook, wants to launch Libra that is going to be a new global cryptocurrency next year.  Moreover, the digital payment giant Square has also recently announced that it has created a crypto-focused team that aims to strengthen the Bitcoin ecosystem.

Moreover, many worldwide reputable companies have also introduced cryptocurrencies as an accepted payment form for their products and services including Starbucks, Expedia, Shopify, PayPal, and Microsoft.

Also, one of the most popular employers that need blockchain and cryptocurrency talent these days is financial companies. Both traditional reputable banks, as well as new market players, are now gathering crypto teams to design their own dollar-backed digital coins in order to provide their clients with more innovative and secure services on how to manage their money.

Experts believe that along with the growth of the blockchain and crypto markets, the labor market in these sectors will also continue to demand more talent in the years to come. Although the price volatility of cryptocurrencies seems to be scaring job seekers away, companies will be needing them more than ever.