“Earn bitcoins by live-streaming yourself, Go live in seconds, engage with your audience and earn bitcoin tips” 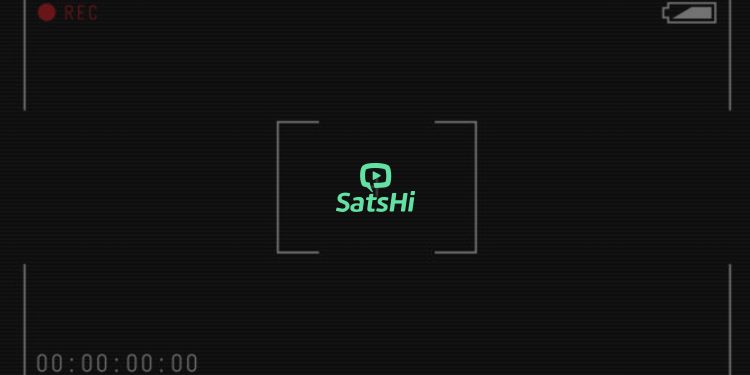 SatsHi, a new streaming platform, announced its creation of the first live streaming platform featuring Bitcoin tipping. This streaming service allows anyone the ability to tip his or her favorite streamer on SatsHi using the popular and valuable cryptocurrency, Bitcoin.

SatsHi is an original creation developed to be a fully-featured and consistent competitor alongside live streaming services such as Twich.tv and Youtube. Users can stream the activities, videos or whatever they want live to the world with family and friends over the Internet while receiving Bitcoin as a tip.

Utilizing Blockchain technology, SatsHi was built upon Blockstack, a full-stack decentralized computing network that allows developers to create new secure applications easily. Utilizing this, SatsHi does not need to take a fee out between live streamers and patrons.

After signing up or using an existing ID to access blockstack.org you will be then redirected back to the SatsHi website. From there streamers can go live, view their earnings and also withdraw. No fees will be applied to the withdrawal and will be instantaneous by utilizing the power of the Lightning Network, which is also built upon Bitcoin enabling super fast and cheap transactions.

Streamers and fans must have a wallet with lightning functionality so payments can be received and sent.  Once a wallet is created, bitcoin and satoshis (fractions of bitcoins) can be purchased and used with SatsHi. Once users are signed in and have connected their lighting wallet, fans can show their support with a Bitcoin donation, which will be highlighted in a chatbox on the streamers channel.

Satshi is the world’s first Bitcoin dedicated tipping streaming service featuring Blockchain technology with a no fee withdrawal service. Utilizing Blockchain technology, SatsHi was built upon Blockstack, a full-stack decentralized computing network that allows developers to create new secure applications easily. Utilizing this, SatsHi does not need to take a fee out between live streamers and patrons.

For more information regarding Statshi, please visit the official website at https://satshi.tv/ or email contact@satshi.tv

Blockstack is a full-stack decentralized computing protocol that enables a new generation of applications where developers and users can interact fairly and securely, while curing the ills of centralized Internet design. Blockstack builds protocols and developer tools designed to enable a fair and open Internet that returns digital rights to developers and consumers. Led by some of the world’s foremost experts on distributed systems, Blockstack allows users to own their own data that they can take with them from app to app in the ecosystem, along with their Blockstack ID that eliminates the need for password-based logins. The end result is privacy, security, and freedom.

For further Information please visit the Official website at https://blockstack.org