Will Cryptocurrencies Defy Seasonality for the Second Year in a Row? 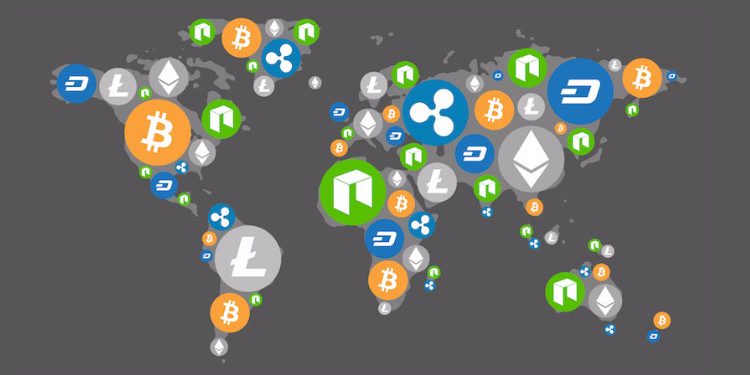 After an above-expectations first half of the year, cryptocurrencies had topped at the end of June and since then gave up a big chunk of the gains. We’ve entered a period when digital assets had proven to perform well, but last year’s experience had shown that even seasonality can fail sometimes.

With that being the case, let’s take a look at the market, analyze a few important aspects and then see whether the period between October and December will turn out to be fruitful for Bitcoin and its other rivals.

Bitcoin topped on June 26th, after almost reaching the $14,000 area and since then it gradually moved lower, currently located at $8,000. The parabolic structure we’ve seen in the first half of the year had been broken and the order flow for bitcoin profit looks heavily biased towards the sell-side. The summer had been positive for Bitcoin, however, when it comes to its market dominance.

Supported by rumors of Facebook launching its stablecoin, as well as news around new investment vehicles (futures contracts, ETFs), Bitcoin managed to keep a huge advantage against its main rivals.

Even though the price did not continue to climb, the market dominance reached a whopping 71%, something not seen since 2017. On September 6th, however, this strength started to fade, showing that investors are starting to look into Altcoin for greater value.

That was the day when Altcoins started to outperform the bitcoin revolution, and their total market capitalization rose by $13 billion in less than 10 days. The only explanation behind this situation has to do with investors starting to diversify their holdings into underperformers.

Other than a few large-cap tokens, most of the other names had been suffering in 2019, showing that market participants were carrying the fear of 2018 when the cryptocurrency news saw the global market cap plunging by more than 80%. Such aggressive selling does not provide confidence for long-term buying, which is why Bitcoin, Ether, and LTC had been some of the best performers among the big names.

Whether a rotation into altcoins had begun at the beginning of September is still uncertain, considering that all of them plunged once Bitcoin sold off aggressively. What will happen during October will draw more light on the matter and this brings us to the next big topic-seasonality.

Since 2013, Bitcoin had a positive performance 4 out of 6 years. The only two exceptions are 2014 and 2018 when we had bubbles followed by their burst. Other than that, Bitcoin had performed well and influenced the entire market in the same direction.

Even though this seasonality is pretty strong, as you can notice, it did not work last year and now the big question is whether it will fail this time around. The only situations when cryptocurrencies failed to have a positive performance between October and December were those when we had the price deflating after a strong surge.

To make a little comparison, there are fewer voices now claiming that the bitcoin evolution is in a bubble, like it was at the end of 2018, which means the market’s perception had changed. We can conclude that market participants may be aware that seasonality had played a significant role in how prices performed, but also, it means that they are looking at other factors before starting to buy aggressively.

Critical factors to watch ahead

Although most of the numbers available at the present time show that there’s little correlation between cryptocurrencies and other asset classes, this isn’t a market completely decoupled from the rest of the world. The main characteristic of digital assets is volatility and because of that, the global risk sentiment weighs heavily on Bitcoin and its peers.

For the past four months, stock markets performed undecided, as fears of an imminent global economic slowdown had risen. The last time we had an economic recession was in 2008-2009 and unfortunately, Bitcoin was not around. Investors have no clue on how cryptocurrencies will perform when the economy does badly, which is why we see a growing reticence to be heavily exposed to crypto.

The bottom line is that stakes are high and as a result, cryptocurrency investors will pay close attention to other variables, not only seasonality. We must acknowledge that economic cycles are real and at a point in time, we’ll have a new recession. How cryptocurrencies will perform when the economy contracts will be a major question and until an answer will be obvious, investors will continue to have a very timid approach when it comes to having exposure to crypto-assets.

If economic conditions and risk sentiment will continue to deteriorate, there could be more pain ahead for the cryptocurrency market. On the other hand, if big players will be convinced that risk trades will continue to be fruitful, Bitcoin and its peers could resume on the upside.