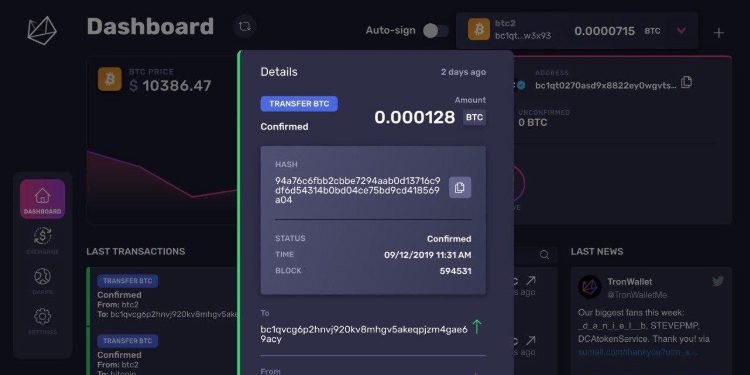 TronWallet Play, an open-source p2p desktop wallet platform for TRON (TRX), has announced support for bitcoin (BTC) in its latest release. TronWallet Play is the desktop version of the application and is available for Linux, macOS, and Windows.

The desktop wallet is a full ecosystem that goes beyond the typical functions of sending and receiving funds. The TronWallet team has also implemented a DApp browser which handles millions of sessions per month and a full-featured decentralized exchange (DEX).

Now the team is focused on adding support for more coins and tokens, and has begun this process with bitcoin. In the near future, it was confirmed that the wallet app will also be adding support for LTC, ETH, XRP, XLM, ONT, EOS and BNB.

“Bitcoin was created to be used in a decentralized way and TronWallet is just that. Your favorite p2p wallet where you can safely store Tron (TRX) and Bitcoin (BTC) tokens and be free of fees. That’s right, with TronWallet there is no fees to hodl, receive or send Bitcoin and your favorite tokens.”
– The TronWallet Team

The new release also features general performance and UI improvements. TronWallet utilizes military-grade key encryption on the user’s desktop and transactions are signed to ensure private keys stay only with the end-user. TronWallet also comes as a mobile version, available for both iOS and Android. 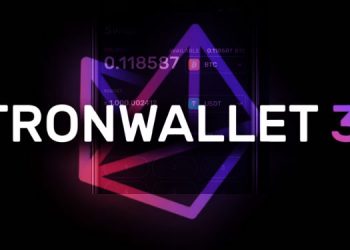 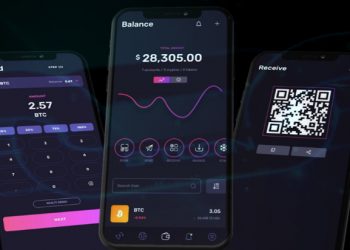