Ethereum can become the currency of the future 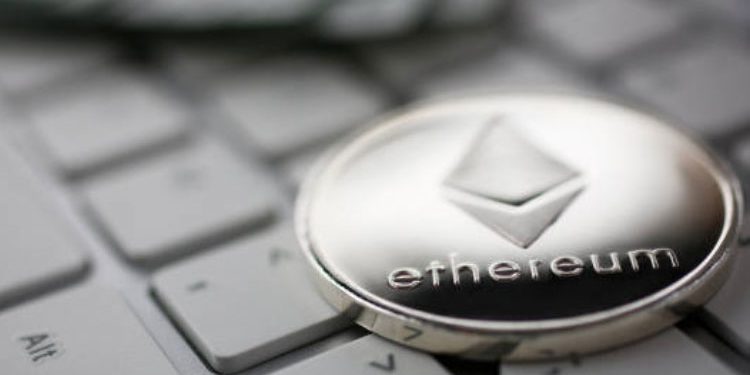 Cryptocurrency technology can transform various industries. Increasingly consistent investments in this market make us realize that there is a possibility that the cryptocurrency market will play an important role. In fact, it has the greatest impact on the online gambling activity. Bitcoin and online gambling have already formed a mutually constructive relationship that is growing stronger together. As an example, Gametwist is one of the few online casinos that have this kind of link up in Bitcoins. Now, there are a growing number of online gaming companies that are built to be Bitcoin-centric. But as well, more and more cryptocurrencies are used in different industries, not only in gaming.

If you are a curious person, then you are keeping an eye on everything moving in the tech universe and as such you see a mountain of Ethereum news everywhere. This cryptocurrency is an alternative to Bitcoin and everyone talks about its crash and generally about the cryptocurrency bubble, which is about to break. Some clarifications are needed and so today we come with them.

The beginning of Ethereum

First of all, you have to find out that a digital currency, a cryptocurrency is an exchange medium using encryption to perform undertakings securely. You need a digital system that controls the creation of this type of currency and you should know that this is just a sub-type of digital currencies. Bitcoin has become ultra-popular in this area, being the first decentralized cryptocurrency in 2009. Ethereum is expected to outperform Bitcoin in 2020 or even later. Things started on the road in 2013, when the infrastructure for a new type of currency was realized. Vitalik Buterin, a developer involved in Bitcoin, imagined the idea of ​​Ethereum on paper. He then proposed the development of a new platform and scripting language.

In 2014, the Swiss company Ethereum created the first software project of its kind, and the first tokens were sold in July 2014. In October, it was allowed to create 5 ETH for each “mining” block. Here I feel the need to give you some explanations. “Mining” also applies to Bitcoin and Ethereum. Bitcoin operates as a peer to peer network, so everyone who uses Bitcoin has a small portion of the Bitcoin bank. With paper currency, the government decides when and how they are printed. At Bitcoin “miners” use special software to solve mathematical problems and receive Bitcoin instead. Miners are required to approve transactions, and if their number increases, so does security.

The Bitcoin network automatically changes the difficulty of mathematical problems, depending on how fast users move. At first, PC processors were used for “mining”, then it was discovered that gaming graphics cards are great for this purpose. As more and more people join the network, math problems become too heavy for the average user. Thus appeared “pools” of miners, which solve problems more efficiently together. If we did not lose you somewhere along the way, we continue with the details about Ethereum. By the end of 2014, there were questions about the security and scalability of Ethereum, and in 2015 Frontier, the initial public version of Ethereum, appeared. In 2016, Homestead, a protocol upgrade for the network of this currency, was launched in March, and in May, Ethereum reached high sales, after the press covered its existence.

During the same period, hackers broke the system and stole ETH resources, leading to unrest in the cryptocurrency community. As a result, there was a schism in the Ethereum organization. Ethereum (ETH) and Ethereum Classic (ETC) have appeared. The ETH variant supports extra protocol intentionality and decentralized decision making. ETH supports blockchain-level embeddedness, the idea of “code is law” and is generally a more rebellious approach. In July 2016 the Ethereum Foundation, users and developers moved away from ETC.

Reasons to use Ethereum

If you thought that Bitcoin is the most important digital currency and that it cannot be surpassed by another virtual currency, you are wrong. The main reasons Ethereum is expected to outperform Bitcoin are:

The cryptocurrency market is an extremely interesting market for those who are looking for new opportunities. The fact that this market is based on the online environment is one of the strengths of this market. This environment, in the future, will be more and more present in our lives, this detail being one of the reasons why the cryptocurrency market is expected to be at a much higher level than it is at the moment. Given all the information presented in this article and also the forecasts of the cryptocurrency specialists, using Ethereum seems to get better in the long term. If this forecast is true it will tell us only the passage of time.