The team of BlueWallet, a bitcoin and lightning capable wallet app for iOS and Android, recently rolled out its latest releases with some great new features worth knowing about.

Notably, the BlueWallet team has added the ability for users to: connect to their own full node, to send max funds, to cancel and bump transactions, use a new “scan to receive” tool, and lastly, a new hide balance privacy feature has been implemented.

See below in more detail the updates:

The new versions of the wallet offer users the capability to plug-in their own Bitcoin full node through Electrum Personal Server (EPS), ElectrumX or Electrs. On iOS, BlueWallet is one of a few apps where this feature is available. 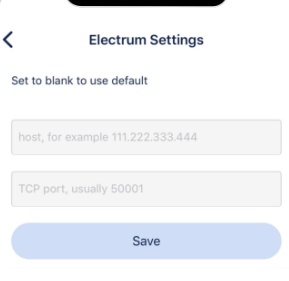 A helpful feature, the BlueWallet team has now added the ability to bump and cancel sent transactions with “Replace-by-fee” (RBF), and to bump received transactions with “Child-pays-for-parent” (CPFP) on native SegWit wallets (bech32/BIP84).

The wallet has made available the ability to send the maximum amount available. A common feature, this was one of the most requested features, and now appears when users tap on the balance amount on the screen.

Lnurl is a protocol for communication between Lightning wallets and third-party services. It simplifies complicated common flows into standard subprotocols carried on between the user wallet and the service over simple HTTP JSON calls.

The ability to hide the balance on the app is a small privacy improvement which has now been included. With it, users don’t need to be worried about opening their wallet in public.