Though the Nervos mainnet launch is still months away, Bitpie has committed to supporting its native token. 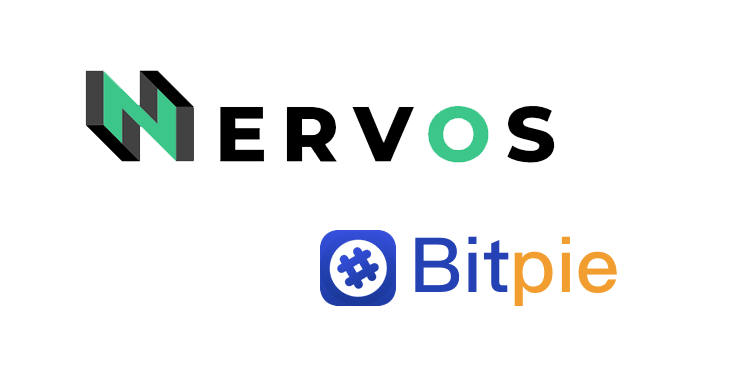 Nervos, a layered blockchain network for the decentralized economy, today announced a new partnership with Bitpie, a leading multi-chain cryptocurrency wallet which will support Nervos’ native CKByte tokens at mainnet launch in Q4 2019.

CKByte token holders will also have access to Bitpie’s wallet services, which securely manage billions of dollars in crypto-assets.

“We are delighted to have secured the partnership several months in advance of our planned mainnet launch. As a result, the Nervos community can rest assured that they will have access to a premier wallet that already supports more than top 30 blockchain networks.”
– Kevin Wang, co-founder of Nervos

Bitpie, which was formed from the Bither group, is devoted to providing secure crypto-asset management and various blockchain applications and financial services. Bitpie serves millions of users worldwide and has stored more than USD $10 billion worth of cryptocurrencies in the past six years without a single security breach.

Nervos and Bitpie share a common goal to promote new applications of blockchain-based technologies to drive global user adoption for blockchain and crypto. Additionally, the partnership is part of Nervos’ mission to build the infrastructure for the future decentralized economy and follows a number of other major developments for the company, including a testnet launch in May and a partnership with Huobi to build a new blockchain for decentralized finance services.

Nervos and Bitpie will also worth together on other areas including Nervos’ mainnet, decentralized applications, technology promotions, and community collaboration, as well as the wallet construction.

The Nervos Network is a collection of protocols and public blockchain ecosystem aiming to solve the biggest challenges facing blockchains like Bitcoin and Ethereum today – backed by $28 million from China Merchant Bank, Polychain Capital, Sequoia China and more.

The Nervos Common Knowledge Base (CKB) is the layer 1, proof of work public permissionless blockchain protocol of the Nervos Network. It allows any crypto-asset to be stored with the security, immutability and permissionless nature of Bitcoin while enabling smart contracts and layer 2 scaling and captures total network value through its native token and crypto-economic design.

Nervos Network was founded by the creators of Spark Pool, the largest ETH mining pool; imToken, the world’s largest Ethereum wallet; Cryptape, the largest and most recognized blockchain engineering team in China; and contributors to Bitcoin and Ethereum core protocol research and development.

The native token for the Nervos CKB is the “Common Knowledge Byte”, or “CK Byte” for short. The CK Bytes represent cell capacity in bytes, and they give owners the ability to occupy a piece of the blockchain’s overall global state. For example, if Alice owns 1000 CK Bytes, she can create a cell with 1000 bytes in capacity, or multiple cells that add up to 1000 bytes in capacity. She can use the 1000 bytes to store assets, application state, or other types of common knowledge.

A cell’s occupied capacity could be equal to or less than its specified capacity. For example, for a 1000 byte cell, 4 bytes would be used to specify its own capacity, 64 bytes for the lock script and 128 bytes for storing state. Then the cell’s current occupied capacity is 196 bytes, but with room to grow up to 1000 bytes. 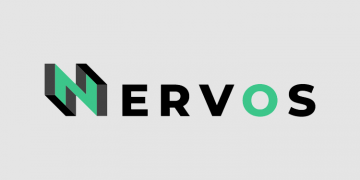 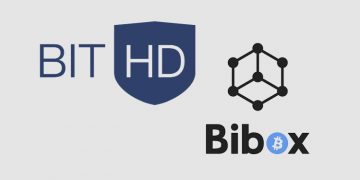 Bibox, a cryptocurrency exchange company, has announced a new strategic partnership with BitHD, to join the “BitHD Multisig Union” program. The BitHD team will provide... 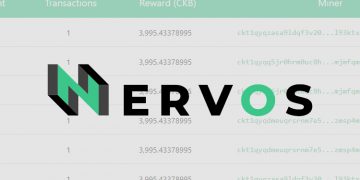 Nervos Network, an open PoW blockchain platform, has announced today launch of its “Lina” mainnet. Now fully operating, miners and developers will be able to...