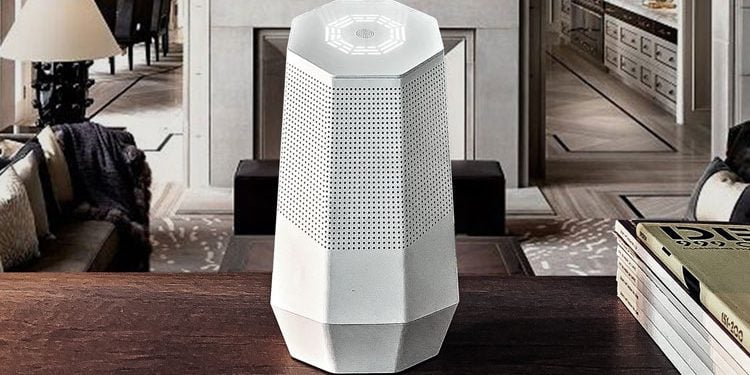 Decentralization is a concept that resides at the very heart of the Web 3.0 vision. The internet is broken, reads its unofficial manifesto, and the only way to fix it is through tearing up the manual and reassembling the web’s building blocks to create a more private and secure system in which user sovereignty takes priority over corporate data mining and government surveillance.

The Web 3.0 model is not anti-business, it should be noted: there are still plenty of ways to profit from the brave new internet being proffered. The difference is that this system will be opt-in, rather than opt-out. You want to profit from reselling your data? No problem. Want to transact and communicate publicly? Go ahead. Web 3.0 aims to return control to the user, empowering them to make their own decisions, and be rewarded or judged accordingly.

Ki Foundation is one of many companies to have set their sights on reimagining and re-engineering the web to make it more decentralized, privacy-oriented and secure. Different Web 3.0 projects are targeting different layers of the service stack; in Ki’s case, the base layer comprises a new blockchain utilizing a Proof of Reputation consensus mechanism that can host a decentralized marketplace for dApps.

To finish things off, there’s a distributed resource sharing provision, built-in that enables network users to resell spare compute, without compromising on privacy and security, through Ki’s Domo device (pictured above). The same device, also aims to provide a decentralized, privacy-first alternative to mainstream home pods such as Amazon’s Alexa, for hotel owners and other travel industry business owners who’d want to be known for their establishment’s privacy.

This latter component is an idea that can be regarded as the natural evolution of the sharing economy. In version 1.0 of the web, we sold underutilized goods – books primarily, and then unwanted household items on eBay. In 2.0, we began selling underutilized capacity in the form of residential and automobile space (Airbnb, Uber, Lyft). Now, in the Web 3.0 era, it will be underutilized computational resources that are resold, essentially creating a distributed AWS with lower fees and lower latency. This latter requirement will be particularly useful for devices that reside on the edge of the cloud, far from data centers, and which require real-time data processing – think driverless cars and IoT sensors.

If this all sounds extremely ambitious, that’s because it is, but if Web 3.0 is to realize its potential, and bring about a paradigm shift in the very design and deployment of the internet, it will be necessary to shoot for the stars – incremental iterations will not suffice. Disrupting the tech monopolies calls for a radical approach that doesn’t merely tear down their data-leaking and power-leaching system for its own sake, but rather for the goal of replacing it with something better.

The number of companies committed to building out the new, improved internet is extensive and eclectic and boasts a slew of luminaries including Sir Tim Berners-Lee himself, credited as the creator of the web. Like many, he’s concerned by the dystopian web we’ve sleepwalked into and is on a mission to restore control to the end-user. As for Ki Foundation, its own efforts are bolstered by the support of another renowned technical expert in Dr. Ben Livshits. Brave’s Chief Scientist is one of the driving forces behind the Web 3.0 movement, and his pioneering work has seen the company’s privacy web browser downloaded 6 million times.

Dr. Livshits has written lucidly about the decentralized web, outlining ways in which it can be realized while evaluating such topics as dVPNS and the benefits and trade-offs that the P2P internet bestows. Listed as one of Coindesk’s Movers and Shakers, the associate professor at Imperial College London joins fellow French privacy purveyor Rèda Berehili at Ki. Entrepreneur and Ki founder Berehelli has already sketched out a decentralized ecosystem whose blockchain network is complemented by a series of decentralized Alexa-type devices that provide the sort of infotainment consumers have grown accustomed to, but without the data abuses, they have grown weary of.

Through the efforts of projects such as Ki Foundation, and the contribution of data privacy experts such as Dr. Livshits, there is hope that the pendulum may swing away from the tech corporations and return to the web’s end-users. Individually they may be weak, but collectively the people are more numerous and powerful than even the largest government or web giant.

Should enough believers ascribe to the vision extolled by the likes of Sir Tim Berners-Lee, Dr. Livshits and serial entrepreneur Rèda Berehili, a more egalitarian internet will be engineered, block by block(chain) and access point by point. It’s not a case of “if” but “when”.