Find the Hash, a Blockchain race at full speed

Find the Hash is the videogame that operates as a mining tool for Arian Coin, which takes you to a journey through the inside of a blockchain 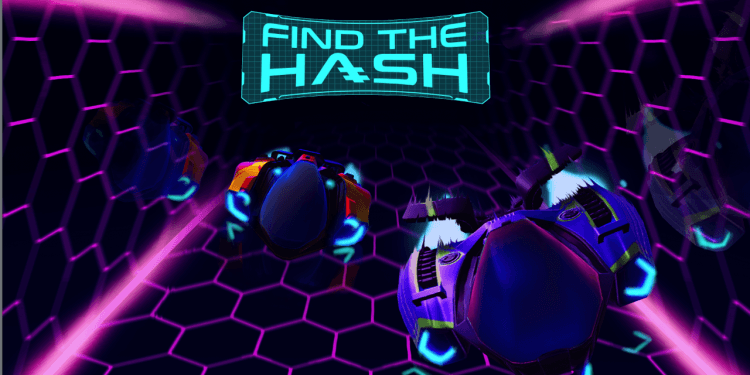 Have you ever imagined how a blockchain is on the inside? How about running through it at full speed?

The context fits within the imaginary concept of how a Blockchain should be, as it’s portrayed in a Hollywood production of the ’90s called Tron, where the creator of a game manages to enter its digital universe and be part of it.

The Arian blockchain has accomplished the implementation of its Interactive Node with its Proof of Achievement (PoAch) protocol, in order to mine Arian Coin, to which anyone can access by just downloading it in a computer with basic features.

Likewise, Arian has developed Find the Hash, the videogame that works as a mining tool for Arian Coin, which is possible thanks to the PoAch main feature—the human-machine symbiosis—allowing to monetize the interaction of a person when performing any activity through a device, a computer in this case.

The attractiveness of this proposal and what concerns us for this post lies precisely on Find the Hash, a game in which you can race at full speed aboard a hovercraft through how the creators imagine a blockchain looks like in its inside, shaped like an endless tunnel full of neon lights and striking colors.

Even when Arian Coin is accessible for all audiences, it’s evident that its creators aim to call the attention of the group of internet users that spend the most time on the network with their devices, the gamers. What could be more attractive for a videogame fan than the possibility to receive actual financial benefits while participating in a game?

With Find the Hash, there’s not just the possibility to participate in an adventure where the participant can fulfill a mission, reach an objective, and achieve a goal, but it also has an attractive objective that justifies playing.

In this short but intense race, the goal is to complete the hash to validate the block and mine, which depends on several factors. First, the player’s ability, and then the game’s implicit complexity, where the 64 bits that make the hash must be collected. These bits are spread across the track as fragments, which must form a gem every eight units. The first pilot to bypass the obstacles at full speed and gather all the bits to complete the eight gems in less than three minutes will validate the block and thus mine 10 arians.

The player takes this journey at full speed inside the blockchain aboard of an aerodynamic hovercraft called Speeder, of which there are four to choose, each one with different features that grant them extraordinary abilities and a different energy reload time.

If we could see the inside of a blockchain, we would certainly be before a breath-taking spectacle, so imagining a race track inside it surely forced its creators to exercise their creativity and innovation with effort, keeping in mind the point of view of the blockchain’s programmers.

The results have been undoubtedly pleasing, as the scenario where the Find the Hash race takes part is certainly the closest we have to the reality of a blockchain, full of lights and colors, with graphics that give the sensation of traveling through a digital tunnel at a considerable speed.

Probably in the future, this innovative idea may not be the only one, but as it is still the first one, we have to acknowledge that it’s definitely very attractive, mostly for those who enjoy videogames and who are now surely more motivated by the reward for mining arians.

If you want to know more about this interesting proposal, we invite you to the Arian Coin website https://ariancoin.io/ and download its Interactive Node so that you can experience for yourself what it is like to run through a blockchain, achieve the goals and mine arians.