Tutellus, a leading online educational and collaborative platform with 1.6 million users in more than 160 countries and the largest in the Spanish-speaking world, has announced the launch of its edtech pilot to train NEM developers.

The course — titled ‘Official NEM Catapult Certification’ which is currently available in Spanish with an English version due to be rolled out in the future — will be the first official online certification available on NEM Catapult. 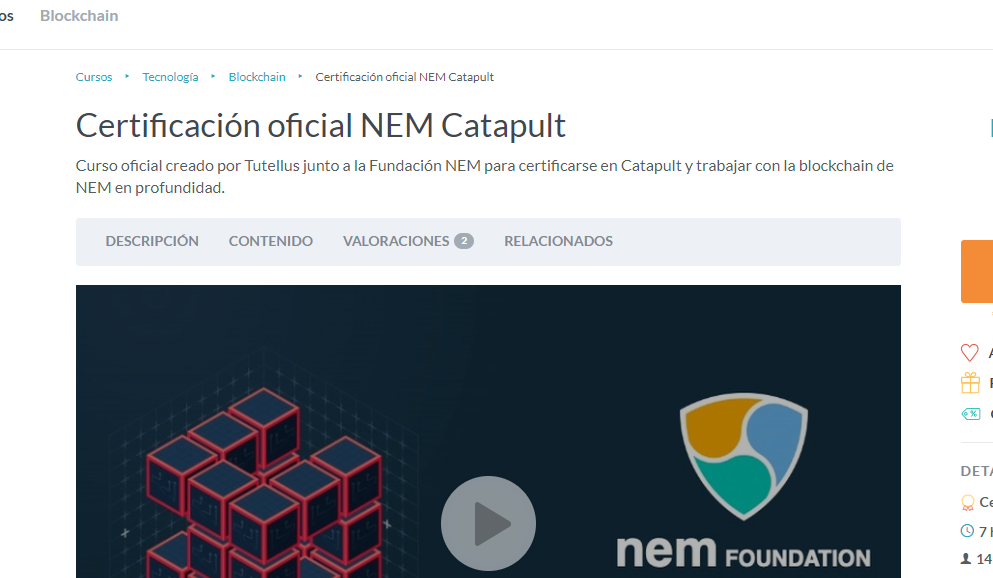 “Our NEM Catapult course is for anyone seeking a deeper understanding of NEM technology and our powerful system for customizing your use of the blockchain. Rather than have developers write their own “smart contract” code from scratch or use off-blockchain methods of defining custom assets for a business, NEM gives developers direct API access to a specialized set of tested and secure on-blockchain features.”

The course, priced at USD $300, includes unlimited access to NEM Business and Development modules, with new modules to be added continually after services and new functionalities are tested by the core developer team. With the support of an anchor grant valued at USD $15,000 by the NEM Foundation, the first 100 students to sign up will be able to avail of the course for just USD $150.

“With Tutellus having transitioned onto the NEM blockchain in 2017 due to its superior speed, scalability, customization capabilities, and API-centred connectivity and JS libraries, it made sense for us to also offer a NEM developer training course on our platform. With the support of the Tutellus core Dev Team and the NEM Foundation, students will be able to increase their knowledge of NEM and better understand its unparalleled ability to build an incredible variety of real-world application use.”

Symbol from NEM, a blockchain-powered exchange network for business that launched back on March 17th, has announced that Vidulum, a non-custodial multi-coin web wallet, has added support for NEM’s Symbol (XYM) token. Now, Viddulum...

NEM Group, the main supporter of the development of Symbol, an enterprise blockchain, today announced integration with Digital Markets (DIGTL), to provide full custody and issuance support for NEM's Symbol platform upon launch this...

NEM Ventures, the venture capital and investments arm of the NEM blockchain ecosystem, has announced the launch of the Ignite virtual incubator program, to provide mentoring and financial support for early-stage blockchain startups. As...